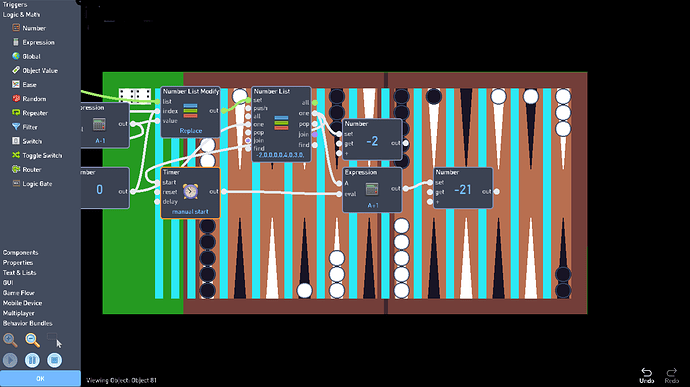 @grazer, this is a massive bug

Also, if A was 0 the output would be 1 (which is correct)

it is. But the expression is outputting -21

I’m guessing what happened was that the timer used a prior number in the list, not the -2.

if a timer is activated while its previous timer is still going on then it won’t start again. I’m thinking that a the -21 is the result of a previous equation the -2 equation never got the “eval” input

The timer only went off once, and even if I increase the time it outputs the same number. If all the negative values in the list are combined it only equals -15

Try adding a space between the -2 and the plus sign, I’ve had issues with flowlab thinking that the negative sign is subtraction (for example 2±2 has to be 2+ -2)

That is very weird

It appears to be treating the “-2” as Text instead of a Number, judging by that screenshot. If you add a ToNumber block before the Expression “A” input, does that resolve it?

It seems like that should resolve it, but it doesn’t. I still outputs -21

I also added a Number behavior to try and turn it into a number, but it didn’t work. Do you want a link to the game to figure out why it’s doing this? 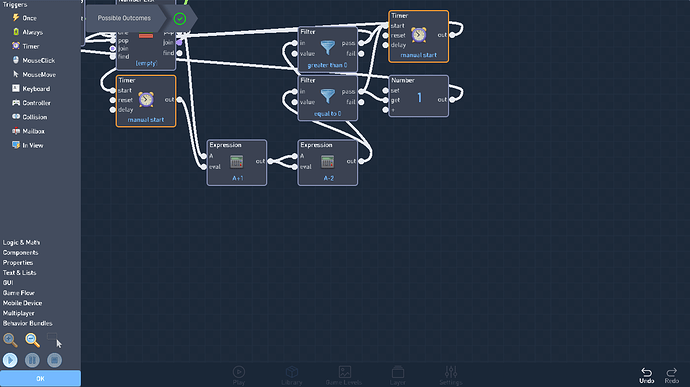 Yeah, unless I can see it running I can only make guesses about what may be going on here