image1023×443 36.6 KB
All those question marks are supposed to be Chinese text. I’m not making a joke about China, but I’m trying to make a reference to the Super Idol 的笑容 105°C meme, but after leaving or refreshing the page the Chinese text turns to question marks. Why is this happening? And is there a way to stop it? 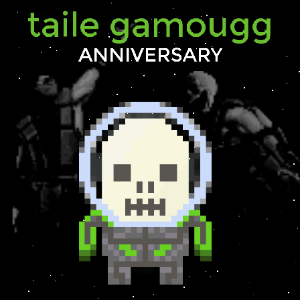 I don’t know specifically but I’m guessing alerts are not able to use chinese characters.

Labels in general (not just alerts) are restricted to a subset of ASCII text.

Okay but why though

Normally when you think of fonts, they are Vectors files that are rasterized as they are rendered. This is flexible, and looks nice, but it’s very slow.

In order to render text quickly, Flowlab uses a single pre-rendered texture for each font type, called an Atlas. This will render very quickly, but it loses flexibility. One drawback is that only the characters contained in the bitmap file can be shown. In this case, it is a subset of ASCII.

Then could you add more text to the bitmap file?

In theory, yes. There’s very little chance that I’ll be adding Chinese/Japanese/other non-latin charsets any time soon though. It’s not that I don’t like them, it’s just that they would make make the font atlases massive, probably too large to fit in memory reasonably.

Understood. Does that mean that there could be support for languages like French, German, Latin, Spanish, and Dutch?