If I want to have a character shooting an arrow from a bow, how do I smoothly combine the bow drawing animation with the arrow projectile?

One of the sprite hands would be over the end of the arrow, holding it, and the other behind it, holding the bow. And then the arrow should leave the sprite, presumably with the emitter. But how?

This smoothly does that exact thing. 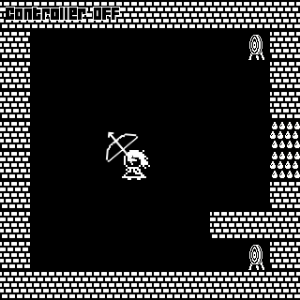 In this example, the bow is just on top of the sprite, spinning in various directions. I’d like my sprite to be holding the bow.

Then create an arm attached to it and position it so the character looks like they’re holding it.