ok so i have an entire animation for when you hit an enemy, but it wont do the animation, i need help

Can you send the link? Also welcome to the forums!

Also you should set the animation’s priority to 2

here is the game

Your full animation doesn’t play because of the code you have in the enemy. You should remove the character collision that restarts the level from the enemy object and put it in the character object like this:

Remove these from the enemy object: 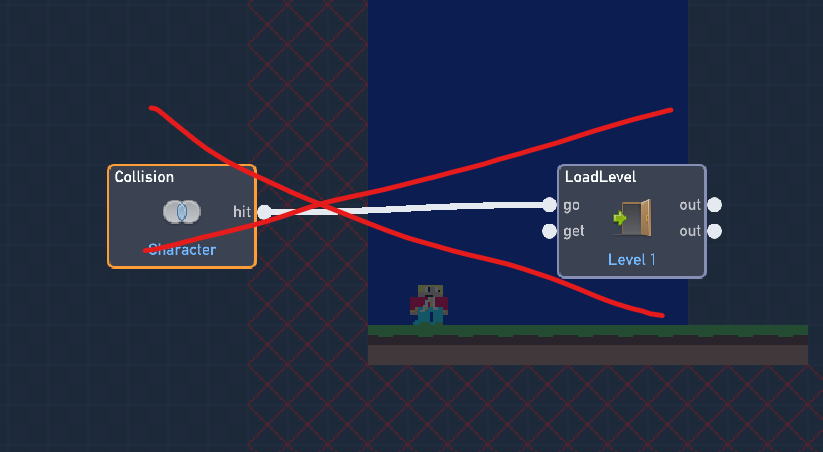 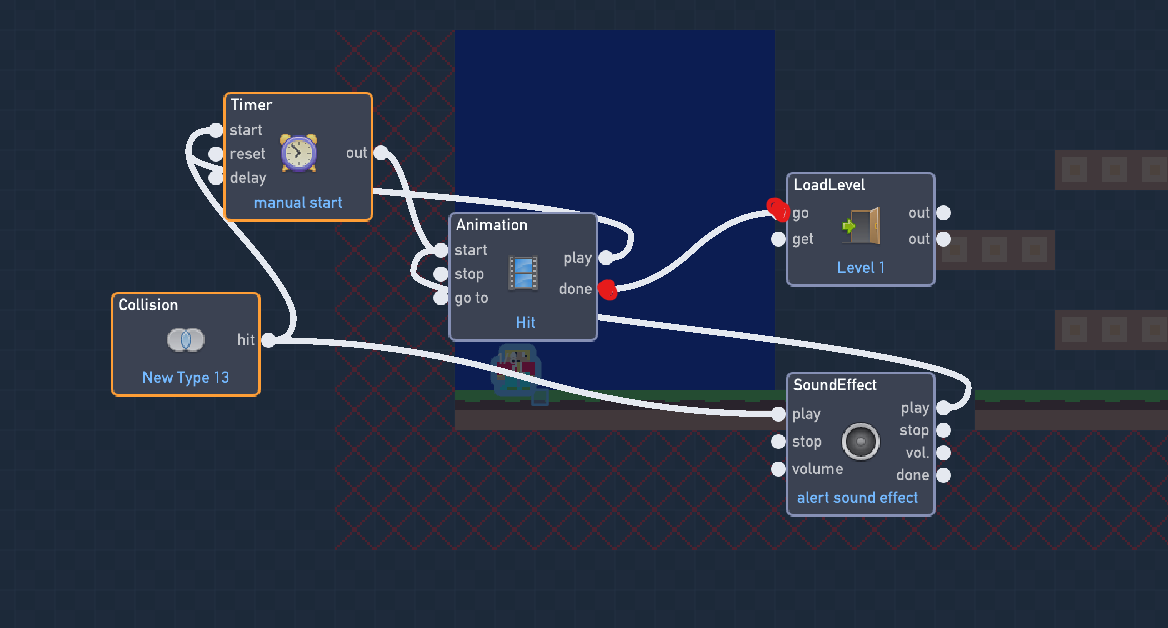 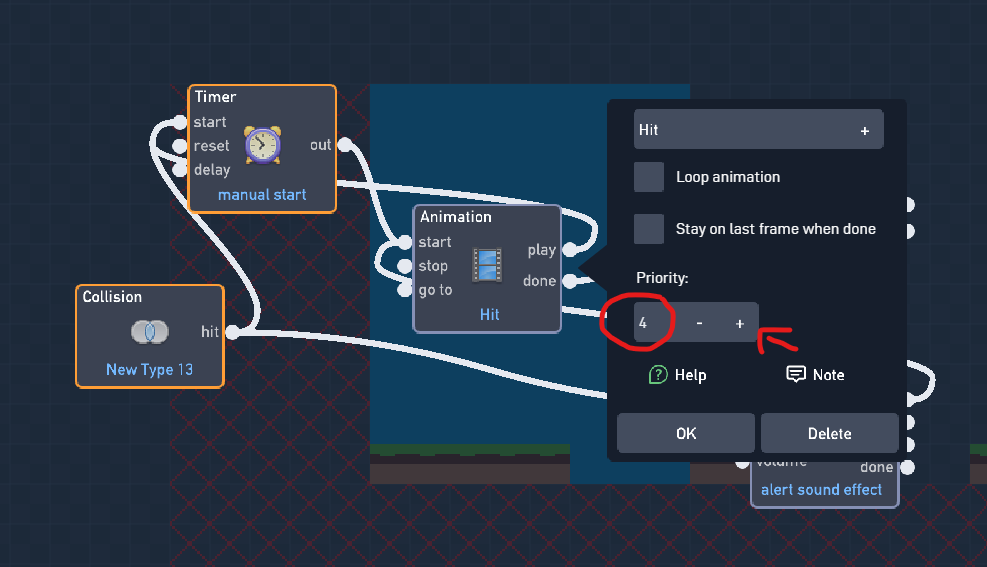 Screenshot 2022-09-15 173647987×567 41.9 KB
Another factor in the animation problem was that you only have one frame so technically it did play the full animation, but since you have a timer, it’s extending that one animation.

it did help but now i have ANOTHER problem

ok so for some reason the X at the bottom of the screen (the out of bounds area more like) for some reason when the character touches the block, nothing happens, he plays the animation for touching it, but it doesnt reset the level

Ok, so you made the same mistake with the x just like you did with the enemy so you want to remove the behaviors in the x. I just checked again and the level restart isn’t connected to anything, you want to connect it to done on all animations that make you restart the level.

thanks, that really helped, i honestly didnt even know that it was not connected to anything

Glad I could help!