It’s in the name. 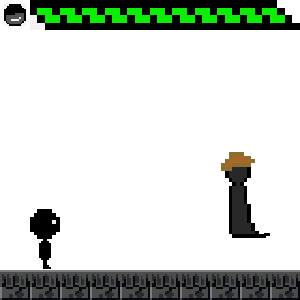 There’s a few things you could make fun of…

That’s actually really fun to play, like the idea and the camera effects.
Although my browser died and everytime I pressed the arrow keys or space, it would throw my screen off, lol, but other than that this example is amazing.

Thank you. If you’re wondering, this is where I’ve been for 12 hours of my life.

The only thing I don’t like about your examples, is that they don’t help new users. While they do show what you can do with flowlab, they could be more simple (instead of designing an example like a game, and a lot of objects).

Also, it’s broken, the text is overlapping at the start.

Yeah, but a lot of other people do that. I’m here for the semi advanced users. I will give the beginners advanced help when they need it, but I’m here to show the non-beginners some basic stuff they can add in.

Then you clicked one too many times, my friend. I would put a switch on that boi, but I’m too lazy.

Alright, not very good UX, but still, a lot of new users come to learn how to work shops and boss fights, but all the examples don’t help because they don’t know basics.

(when I make examples I do a simple version in one level, and an advanced version in another)

Can’t listen to it, at school.