Can someone help me with my Flowjam Game?

So the second Flowjam has started and I am eager to submit a complete game this time, but my FlowJam game has ran into a problem. Okay, there are quite a lot of problems, but they I can deal with myself. Some, however, I cannot. One of these problems romains with where my character faces. My game is a top down puzzle game, and the poin tof view is not directly top down. but rather at a “The Legend of Zelda (1)” view. And what i want to happen is a little compl;ex, so I’ll give you an example:

He automatically faces the screen, the front, at first. If you move him left, for however long, he faces the left side, done by doing an animation. If he faces the right, it is the same animation for the left, but flipped. He should also be able to look up, having us only see the back of him, when the up arrow is pressed. Instead, he reverts back to facing the camera, instead of holding a view point.

I have started the code for this, and it sholuld be working. I just used a variable to do this, so each numberrepresents a different angle/view point, and then use a filter to do the right animation. and after a lot of trial and error, I got the code perfect, or so I thought, because now it still does not work, even though everything look fine. I have no constantly active animations happening with a higher priority level, and I see no reaso this is not visually working. It runs fine in the editor, but does not show it.

to get to this, you have go to the level called “Level 1”. Go into the object called player, and into the “Complex Point View” bundle. 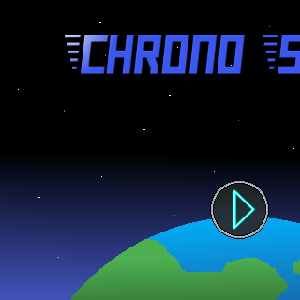 -- How To Play -- Arrow Keys to Run "Z" to shoot (If purchused) Click On Tiki Boxes If they get stuck. --- All Created by me using flowlab.io

The only problem here that I see is that the animations all have the same priority; you should be able to fix the problem where the player fixes on one frame just by making the animations have higher priorities than the other, and then when an opposite direction is being pressed alongside the other, just have the first one you pressed turn off the output for the other one, and have it so that when that key is let go of, it turns them all back on

Just disconnect the stop inputs and change all the animations to “stay on last frame”.