I’ve always wanted to make this game since I decided to use Flowlab, and now is my chance!

Let’s go back to the 1980s, when our favorite video games were in the NES and arcade systems. People would play games like Pac-Man, Donkey Kong, Mario Bros, Galaga, and Space Invaders. I’ve decided to make a game that was reminiscent of those glory days.

Let’s get right on to what happens in this game:

So basically your goal is to get the Construction Man to rescue Nina, who will run around aimlessly to try to get to safety. However, there are various traps and enemies who are on the lookout for her. You have to act smart, as the whole game is basically one big puzzle. There will also be monsters coming to kill Construction Man, so you have to fight them off by throwing wrenches at them.

Q: When will this game be available?
A: I’m not sure yet, but once Story Mode and Balloon Pop are finished, I’ll post the game link here.
Q: Which games inspired you to make Construction Man?
A: Donkey Kong and Fix It Felix (although the latter was originally fictional, some people have recreated the game to be playable in our reality).
Q: What do you intend to do to Construction Man after the aforementioned features and game modes are added?
A: Simple. Add more game modes until me and you all run out of ideas.
Q: Will this game be exported?
A: It’s very likely that Construction Man will be exported, but not before Pixel Sports gets its own glory.
Q: Will a sequel be inevitable?
A: Too early to say for certain, but it is possible. 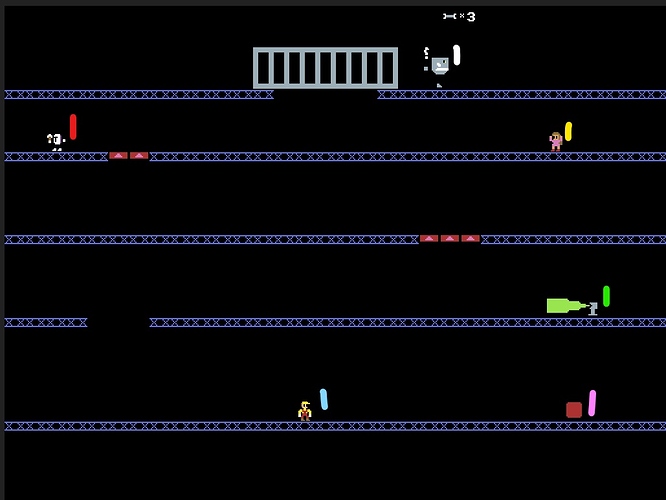 Prepare for a heck lot of ideas while you make this game!