so using a concept from @ManiacPumpkin heres my idea:one person is chosen as an imposter,the imposter is a shape shifting being that can take the form of people for frameing and objects,the imposter cannot kill someone until they unshape shift turning into the monster with a slight speed boost,another class is the exterminator,he will have a weapon that unshape shift the imposter it has a cool down,the monster killing people there is no cooldown instead they have health and an injury state,theres also emergency calls to alert people that your being chased or your injured doing so will reveal your location,another class is security gaurd they get to view cams,the monster can sabotage the cams,to fix cams there another class for that:repair man,he goes around repairing systems like the emergency systems and the camera and the doors,only the staff class can open doors because they have key cards.was this a cool idea

forgot to mention there’s a medic class to heal injured people,there’s also a physcic that is able to see ghost for a limited time

@glithctyrus, Is it going to be multiplayer? Because that’s going to play a big role and how are you gonna make a multiplayer game.

@glithctyrus that’s pretty neato. I’m glad that your using my concept, even though my concept is just a basic murder mystery game, but yours sounds way cooler. I wanted to ask if you are using the concept of each character is based off of us. That’s what made my concept a little different from other murder mystery games because of the characters. I am willing to make a custom sprite based off of my avatar or icon for your game.

@glithctyrus, Plus there are no spawn objects to spawn the players to a selected map or in a lobby. That’s still in the feature request in Trello.

@glithctyrus i figured that it wouldn’t actually begin being made until later since you probably have to plan ahead and create character concepts and stuff. Also what you could do for the character development is to create an outline or example character that people can download and edit it to match their own icon and then post it back here. At least that’s what I did and it proved pretty successful. If it’s not entirely what you want then you can still edit it and this way you don’t have like ten different art styles from ten different people and trying to guess what details to leave out or put in. If you want, you can use my template which I already have many people use it make their characters or you can make a new one and have people color it to define themselves. At least I think this would be the easiest way so, like I said earlier, you dont have to guess how the characters look.

ima post the plank format in a sec but my older brother gave me an idea for the name:project fraud(its story is similar to scp)

@glithctyrus how does this look.

Also, @GrimProductionZ why do you keep randomly making poll’s. I’ve noticed that you sat up one in another discussion so I was wondering why?

@glithctyrus oh, okay. Yeah I was wondering if I should add shading or not, but I figured that I would let you do that since the game might have a different lighting style than I used. 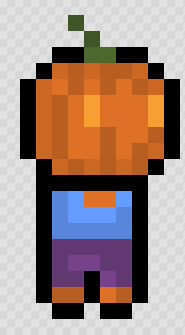 also im thinking about a vip class who has 1 or 2 body gaurds,the bodygaurd class is the only class that can be monster and have a different class at the same time and would know where the vip is at all times

I like the shading and stuff that you did to my character, looks really cool. Also I think a VIP class would be pretty sweet. You could also add accessories or hats just like in among us, just some ideas.