Hi Everyone! I like to make theories about games, so I plan to do it here. If you want me to make a theory on your games just put it down below and I will try to look all around it and find out the twisted truth or just
the truth.

So hi @John_Shrekinson This theory might take long, since the whole Taile Gamougg series is in.
So You will be 2nd.

@BradenS Wish Me Luck
Hi Everyone! I am Coreplex and I do theories on games. You may not call me the best theoriest as I am still working on it but I think it is very interesting to hear. This is my first theory about a game Wish Me Luck. I don´t know about this one but lets just get started, a max of 3 theories. Let´s begin shall we.
Our main hero is dead for over a thousand times!
There is something about our little hero, who has magical snow balls to throw at monsters, like the holy cross, but overall it´s his skin. His skin looks rotten and his eyes are quite the color. If you roam around a bit you might see pile of rocks and dead allies, which kinda looks like us. They look rotten. Which means we must have been fighting these monsters for years. But how many years. that is very hard to figure out. Anyways back to our little hero, he is dead. well his body is, bit not his soul. if I have so say so myself, it seems as if he is in a loop of terror. He runs around trying to survive, but the monsters roam him and kill him. The pain…over…and…over and over again. Wonder what that feels. Ouch. But why does he come back alive? Why does he fight the monsters alone…Maybe he did something bad…something evil to suffer this much pain. So BradenS What did he do wrong? 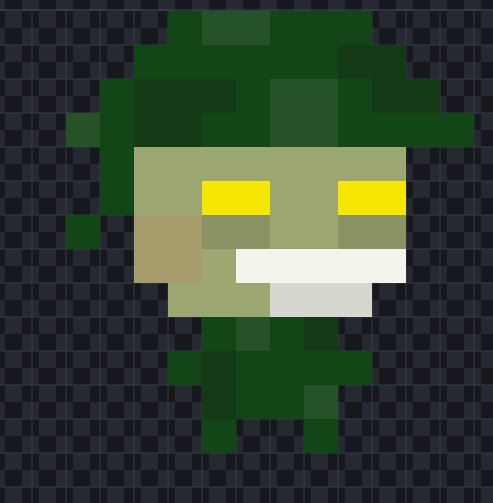 Screenshot 2022-10-12 9.16.05 AM493×503 1.6 KB
Did he opened the gate for the extinction of humanity?
This question is what I thought after his view of the outside. (His looks, you know) Did the gods make him suffer for this act? Did he open the gate to hell for the monsters to come and kill earth? Well, judging by how many lives were lost, including the pile of stones (must be buried people) the monster seems to do alot of damage to earth.
Or did he wanted the world to know what he felt of his life…
His childhood might not be good. His father must have been abusive. He got bullied a lot in school, and much more. Maybe that is just it. But the other innocents, maybe he could have done something else. But as usual emotion may take over. But how did he know how to open the gate? I guess the evil heard his call, his emotion for revenge on this world. So the demon give him advice and he let the world open.

I think my theory is done, but I am kinda busy so I will find more about this game soon.

epic lore! you got some things right

I have a series I wouldn’t mind you checking out, but my current and most famous project isn’t released to the public yet and it’s mostly written stories than an actual game. There’s a lot of lore and I don’t think anyone really figured out most of the story yet.

Ok Good to hear! I will try it you can show me

Its at least 10 times the size of Gamougg lore. It will take a while, so I recommend doing the other lores first.

[img_asset_12719934] The Scepter Foundation Site: 005 Archive™ “I know a lot of people probably don’t care about this or ever thought of it, but I’ve been wanting to start up a discussion like this ever since I saw Ramshackle responded to the public’s questions in the form of a terminal. I wanted to do something similar but in more documented forms that deal with the Scepter Foundation story and lore. I have many games based off of characters and foundation sites based off of the short stori…

Here’s the discussion that has the links of the games at the top. The Site: 012 Incident is currently unplayable at the moment, but the rest of the games should work.

Sadly the discussion has 1100 posts on it, but if you skim through, a lot of my messages explain a bit of the lore, but I can give you a summary (it would be quite large) if you don’t want to look through the mass of posts on there.

Yeah, mine will probably take way longer than any others, lol.

Hi Everyone! I am giving a heads up and a peek on my work for theories of Taile Gamougg. Today we are not going to focus on the main hero, we are going to focus on Pro_Gabrielfo. The guy who does not look like a skeleton and is different from the rest.

In the begininng of Taile Gamougg 3 you finally meet Pro_Gabrielfo. which he also appears in Taile Gamougg 4 and has his own game Pro_Gabrielfo: Alpa Male. Now I don´t know about you but if you are going to say I am crazy to go right now and read the lore of Taile Gamougg then yes I am. After I´m done and come up and gather more facts I am going to follow these ideas I have put together for the next theory.

Who is Pro_Gabrielfo.
What is he?
What is his back story???

Quick Update! I will be giving this theory tomorrow afternoon, now lets see if I can put these together

Is this guy a super solider from metal gear solid

Hey Everyone! I have been pulling all my hair out these last few days trying to make up a lore for Pro_Gabrielfo. But it was worth it. I have made theories about John_Shrekinson himself( I am on to you) and his game, also about Pro_Gabrielfo. So in two days get ready for a theory.

Hey Everyone! The time of theory has begun! Today we are going to make some theory on John_Shrekinson’s hit game series ( Everyone knows it): Taile Gamougg. But we are not talking about him this time, maybe next time. But today we are focusing on Pro_Gabrielfo. Pro_Gabrielfo to me is a unknown character and his not be shown much in the Taile Gamougg series. So lets began.
Who is Pro_Gabrielfo?
Like I said three days ago, he could be a metal gear solid solider with special ablities, but maybe not. First it says that Pro_Gabrielfo is capable of beating many mens at the same time. So that means the people must know him, but not 100% sure. He could be famous, but not as famous at Taile Gamougg. What is he? Now it says in Taile Gamougg Lore, he can with stand high heat like lava right? Well first he could have a camel gene since camels can go as high as 120 °F (49 °C) and can go a week or more without consuming water. But it says EXTREME, which could represent lava, or anything that could go through human skin. So if Pro_Gabrielfo is god then why is his skin all black??? this means he was not born immortal to high EXTREME heat, but was made to withstand high EXTREME heat.
What is his backstory?
Here is how i imagine it would go. P_G (I will do this for short) was a skeleton just like Taile Gamougg, but some people captured him (Probably doing a war or something) And did some experiment on him. upon escaping and traveling through huge chunk of lava, he learned he could use this to his advantage. So probably, he trained to become a hero across the universe just like Taile Gamougg. Thats why he is all black, because he was burnt alot of times, or experimented on. but on the other side, he was probably born with it.

I really don’t know and there will be more, but for now I need to do more research
Ping: @BradenS @ManiacPumpkin @John_Shrekinson

You legit made up cool lore where there wasn’t any at all. Awesome canon!

Thanks There will be more theories! I plan to research more so I can find the real truth