Cruor - The epitome of chaos

Hey guys! I recently finished my 2D hack and slash game: Cruor, and feel ready to release it semi-officially. 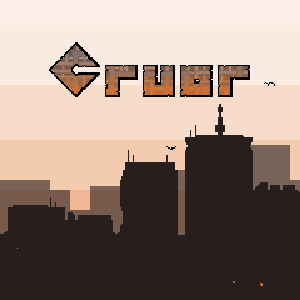 Feel free to try it

I’m open to answer any questions you have
Thanks, and have fun!

I’ve already played it before, and it was awesome! I’ll play it again for sure

Hey, thanks man! Glad to see you like it

Awesome, I can’t play it at the moment but it sounds great!

Normally I’d get mad at someone calling D.O.M a zombie game, but at this point I give up…its a zombie game lol

If im being honest, the title screen was partially inspired by doom

Thanks! I hope you eventually gain the time to try it out

Let me know what you think

I want thinking about it before, but I can definitely see that!

I definitely will, and from what I heard its totally worth it! (Not that I wouldn’t check it out if I heard negative feedback haha

ha no worries! As a wise man once said: negative publicity is still publicity

This is a great game, simple, but I really like you’re sprite work. The HUD is really good.

Thanks! I’m almost confident that the sprites took longer then the scripts

Play this with Doom music

This game is great! killing zombies is super fun with all the screen shake and blood effects, the energy system is interesting as well. But I think there are a few things that could be improved too.

the music is awesome, but I think there could be some more punchy sound effects. a sound for a hit connecting on a zombie would be good.

it’s almost impossible not to take damage, but zombies don’t do much damage. something seemed a bit off, maybe make the zombies a bit slower, and up their damage?

i also think it might be cool if there were multiple actions that could be performed with the energy/ stamina bar for a few more interesting decisions.

Lol wait until you see My game Horizon Z…

I’m about to try this game out, I’m so hyped!

I was actually trying to get doom music for it, which led me to the site I got the current music from

Thanks for the suggestions!
I’ll be sure to be on that

I see. If there isn’t already, maybe you could add a feature to mute music so you can play your choice of Doom music in another tab.

That’s honestly a pretty good idea!
I’ll be sure to add that in the near future