Default 2, the game literally no one asked for

Way back when I made a game called Default for @DinoDev’s twister jam. Now, I’ve decided to continue the story, with more graphics, sounds, abilities, powerups, story, and levels. I will make a devlog here, and if you want to play the original game (it is beatable, trust me), the link is below: 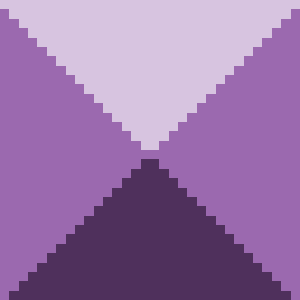 ***As Baron_Wasteland once said, "Default sprites are the spookiest thing there is!"*** *** **Credit to Baconcat008 for the dope music :)** *** Btw, the spike hallway IS passable. You just have to feather the walk buttons.

Please mark what is a kill block and what isn’t, i’m tired of dying to fake blocks, also when you walk under kill blocks in level 3 it kills you.

Dude, I’m pretty sure I’m over with game 1, ur gonna have to deal with that. However, I can include it in the second if u like…

Wow, that’s kinda funny. I just discovered this game a couple of minutes ago.

YES IM SO PROUD OF YOU SON.

Hey @DinoDev , when is your next game jam? I’ve always wanted to compete in one.

Ok, just finished the original and I am DEFINITELY requesting a sequel. I must know where this story goes. A few comments,

Meaning you beat the game? It was really hard for me to beat the game at first, and the whole trippy block really knocked me off guard because I thought it would be easier, but I beat it and boom verified it isn’t impossible. 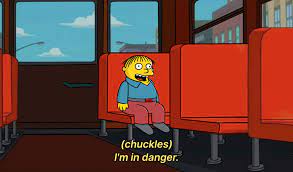 I did in fact make that reference on purpose. I’ve been waiting for literal months for someone to point that out

I’m loving the story and the concept so far and I need more.

Meaning you beat the game?

I did, indeed, beat the game (assuming the end of the game is where they jump into the ground portal, and then the credits roll.

the whole trippy block really knocked me off guard

Yeah, that had to be the hardest part I think. Took me WAY too many tries to get past it, but I did it. The second hardest part was definitely that bit with the ice block jumps AND super speed. Not very nice, lol

Also, I forgot to mention in my mini-review, but I LOVED the design for Grazer.

I did in fact make that reference on purpose

I thought so! I knew there was no way you didn’t know what you were doing there.

You are quite welcome. Thank YOU for making games like this

Nothing too huge, but you play with @grazer to fight enemies 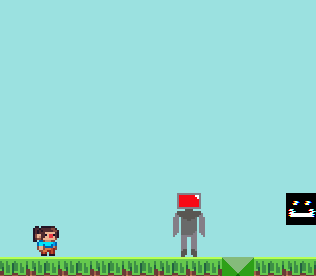 (yeah i know the screenshot’s crap, the game’s in its early stages)

Also, I just wanna say that I’m using literally all my examples in this game, which means no more plain dialogue! 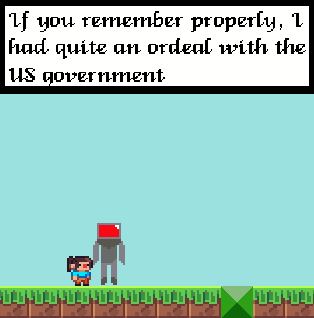 What kind of dialogue is that

I meant the dialogue itself
that’s so weird

Hey! I was having my Monthly Twister Jams but stopped in I think May or June because I was only getting one or two participants. I’m not continuing the series unless I can be guaranteed more than 3 competitors, sorry.

You mean the label font? Yeah, it’s a little too robust, could be better to find a simple one that fits the game, the one you’re currently using @hihilogic, isn’t very fitting.

No I mean the sheer bizarreness of the line of dialogue.

It’s too big, the color choice is off, and I don’t know who’s talking.