I’m working on a game and I was planning on using different delays for the same key. I’m probably just gonna make a bunch of different behaviors but it would be nice to change the delay with an input. 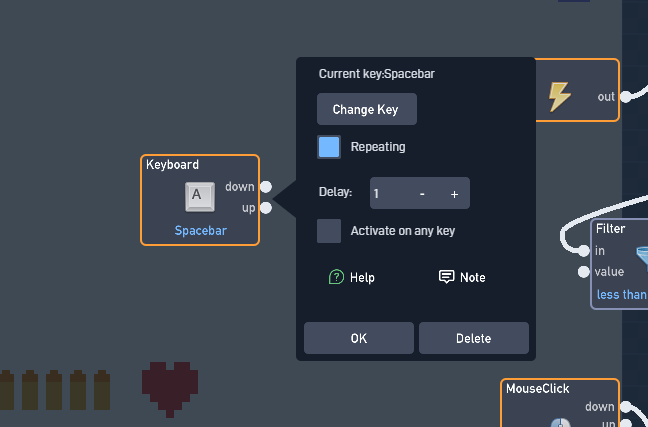 Oddly enough, I don’t recall anyone requesting this feature before (I could just be forgetting though). It doesn’t seem like a bad idea.

Just for my own reference - what’s the idea behind updating the delay while the game is running?

Not too sure, but I can see it to make it easier for like firing a gun.
The fire rate of my gun example is based on the input for fire.

Even though you can do this with a mix of timers and switches, it’d be a lot faster with a delayed key option. I love the idea.

Seems Good to me 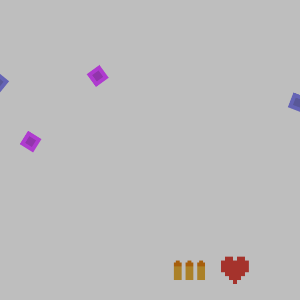 [click] to shoot, [space] to auto *Testing* [u] to upgrade ammo capacity [i] to upgrade firing speed

It’s probably not exactly what you’re looking for, but my game has an element of delay to it that updates as the game goes on. I used a separate object to handle the delay, but that’s also because I needed to have multiple overlapping delays 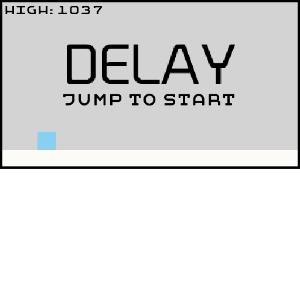 Have fun and enjoy some flowlab tunes!