There should, in my opinion, be an option for the keyboard block that allows any button and outputs the text value.
Another not-so-easy idea is that there should be an option on ui code blocks, especially text blocks, that says something like “attach to object” or “is in ui layer,” so the player can have nametags.

You can already achieve text boxes and nametags from the Datatypes Update. Here’s an example by @JR01: 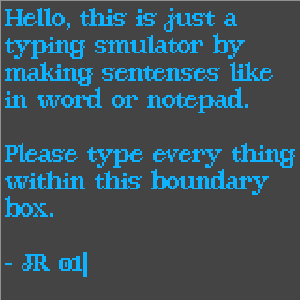 I don’t know how to make the keyboard do “any”, thanks for the example.
Still, my second request persists. 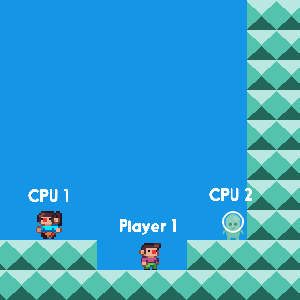 WASD --- There are 2 Nametag bundles: - The player Nametag stays on screen and is instant with the camera. - The CPU nametag is more bouncy on a moving camera, which makes it easier to read on other objects. --- This would be a great...

As I said in my previous request to you, that doesn’t work in multiplayer since it’s based off of camera coords.

Unless I understood the coordinates wrong.

I haven’t used multiplayer yet, it should be possible one way or another.

The biggest issue is that labels don’t work in clones, so a controller holding the labels could work instead.

It seems to be moving in the right direction, just by too much. @browngr @JR_01 @ManiacPumpkin

Hey @grazer I found a problem with the new proximity block, and that’s that it doesn’t keep the output after it is activated now. I’ve tried everything and it won’t activate the logic switch because it doesn’t stay activated. Could you at least add an option to keep it activated until it find the object not in proximity, like it originally did? Thanks.

I’m not sure I understand you - you should be able to make it work the way it originally did by connecting an “Always” trigger to the input. Does that not work, or am I just misunderstanding you?

I want it to spawn a keycard if there is no keycard in proximity to it every 10 seconds. However, the nor switch is going crazy because when I activate it, it turns on and off then on again.
(In my scp game)

Hey, @grazer sorry, I found a way to make it using switches. Sorry for wasting your time.
However, I think I found a bug.
The game is spawning a card every 10 seconds now, but it’s also always checking if a card is already spawned. The proximity sensors say there is a card nearby, but the player cannot see nor pick it up. I had the same problem while making the tutorial, but it corrected itself soon after. However, this bug still persists. Please tell me if I’m doing something wrong or if the code is actually broken. Thanks.