@GrimProductionZ, This feature would be awesome.

Yes @grazer add this now to receive a hug from the coronavirus cure.

This has come up and been requested many times, and I struggle with it each time

Basically, I understand the desire to want to “hide” your logic or disable the edit button to prevent people from monkeying with it, “cheating”, or whatever.

The reason I have never added this feature, although it would be technically simple, is that it goes against the spirit of collaboration I’ve always wanted to foster with Flowlab. Similar to how I think it was an important decision to have a “view source” button in the web browser so that anyone can easily see how a web page was assembled, having the game and editor tightly combined is a core part of the games listed on Flowlab. That’s not to say it will never happen, but I’m not ready to make that change yet.

All that being said, the good news is that you can easily make non-editable versions of your game already:

I understand that it’s against the spirit of collaboration

But when people ask “Hey how did you make that character move?” maybe the creator of the game could show a piece of the code to the public how to make a movement script just like the player in their games.

And @grazer, Is there going to be a shader effect feature, For screens and objects. To spice up games a bit more so more people would be interested.

And it would be cool if the transition of going one level to the next wouldn’t cost 1 second but a millisecond. Like a smooth transition.

Also, check this topic out:

@grazer ( Sorry for tagging you ) Ideas for flowlab: Shader effect plugin (For screen and objects Ya ) Sound maker in flowlab ( To make epic sound-tracks and simple sound waves Ya. ) Able to change structures of collisions. Maybe Maybe Maybe A switch that could switch to visual code to text code editor like all of the behavior but in the text language I dunno.

@R0CK We have a trello board, most of the things people have requested a lot is already there:

Most features just get requested over and over and grazer is already aware. He is just one man and doesn’t work on flowlab full time. So if you suggest something, don’t assume it’ll be added within a few days. There are features I’ve been waiting for years to be finally implemented in flowlab.

Understandable, have a great day 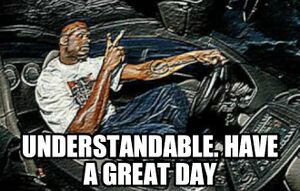