Decided to test out the new layer system, and managed to make an interesting effect. Initially I just wanted to test map scrolling, but ended up making 3D pyramids, so I made a UFO and a proximity shadow, so just be a UFO and fly around 3 pyramids in faux 3D. You could use this concept and improve on it with specific grid pixels for some really interesting games or boss battles.
https://flowlab.io/game/play/869472 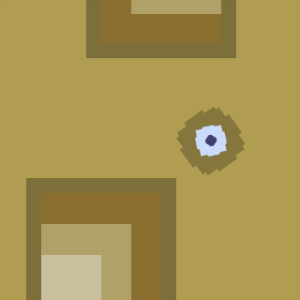 Actually, instead of doing what I did, if you want this effect over an entire level, it won’t work the way I have it set up, but instead, you can use the follow player enemy type movement system, but set a filter limitation on how far the top of and middle of the pyramid can move from the center of the pyramid, so it’ll always move towards the player, but it will never come untethered from the base. This will give a permanent 3d effect no matter where you place this stack, and you can make it a spawn stack, so the bottom base automatically spawns the rest of the pyramid instead of manually placing them piece by piece. Do this for robot parts or arms in a boss battle, Holograms, terrain for your RPG or top-down shooter game, whatever you can imagine using a fake 3d effect in.

Wow awesome!
Does this mean you are back?

No promises, but it is getting pretty slow at work, since we aren’t in season anymore. I’m still trying to learn Japanese, and I’m trying to spend more time at the gym to stay in shape, but I deactivated my Facebook account, because I waste too much free time on social media, so I might be able to use some of that spare time for flowlab.

This is a pretty cool effect demo, @“Mhx Ar”

@grazer thanks. I’ve been trying to think for a while now how to get a fake 3D effect in 2D games for a while now, and this is the easiest way, with object perspective based animations based on coordinate equations of where the player is compared to the object, being the most difficult way, but most effective for detail as well.

I’ll never use it myself, but occasionally some users ask how to do 3D looking stuff in flowlab.

Nice. I just started working on a sort of 3d parallax right now, but for a limited first-person perspective (cannot look up/down, and can only turn in 90 degree increments, similar to the first 3d rpgs with dungeon crawling). There will be an inaccessible 2d map (it might function as a minimap though) containing all the real positional data and then a kind of display in which everything will be rendered based off that data. Right now I’m planning on scaling 2d sprites in relation to distance from the player, and keeping them centered on the horizon to give an illusion of perspective. While looking north for example, I can subtract the player from object position to determine whether it’s to the left/right of the player, additionally if every object points toward the character its rotation angle can be used to determine what renders if its within the field of view (which will probably be 90 degrees to keep things simple).

If I need help, can I ask from you? I just want to produce a workable demo ultimately but maybe others could build a game with it.

@Wizardry
Nice! I came up with that same idea last year and never tried to pull it off. Now we have Raycast so it may be even easier than my old theory.

Very nice, so you already understand what I’m getting at here. When I get something together I’ll let you know.