Finaletale is a fangame, after the Genocide Route. But instead of Frisk defeating Sans.

After defeating Frisk, you realize something was wrong and a wall was broken, you enter the broken wall and get teleported to a different world… Could it be? Someone new is here. 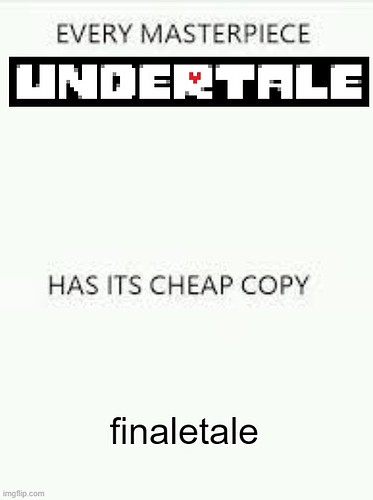 Its called fangames, but people call them AU’s. (Alternate Universes)

What is in the shadows? What can it be, a mystery yet to be solved.

i say fangame though i think its better