So ive been working on a sort of Wave defense simulator and ive finally made a stable foundation, and its open to play! 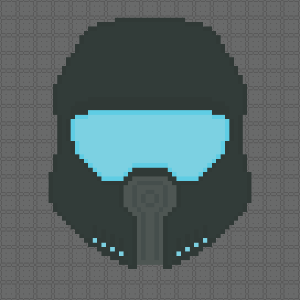 How to Play: In Galaxar your job is to overwhelm the Infested by spawning troops using the buttons on the bottom of your screen. Ways to earn Currency: Every 10 Seconds you'll Receive 50 Currency and you earn 25 per enemy killed. Ways the game...

It only has one enemy and 3 units but theres more to come.

Leave your opinion below!

Hey, this is a great start. It’s pretty difficult right now, but I assume you’re going to do more tuning.

why is there a halo picture?

To be honest, it doesn’t really look anything like the Spartan Gear in Halo, but the sci fi look can be deceiving.

Anyway I just played this game and its pretty good. Although the name is exactly the same as the one alien from the Monsters vs Aliens movie, not sure if it was intended or just coincidence, lol.

To be honest, it doesn’t really look anything like the Spartan Gear in Halo, but the sci fi look can be deceiving.

I mean the game cover

Its wasnt supposed to be a spartan logo but i do see how it may look like one (I personally think it looks like a Starwars helmet lol), but thank you all for your responses. And about the difficulty, it right now runs on a randomizer so the game makes its own difficulty (this is why im currently working on a wave system)

the name is exactly the same as the one alien from the Monsters vs Aliens movie, not sure if it was intended or just coincidence, lol.

This is actually the first thing I thought of as well

Yeah, it looked like an old republic trooper, lol.

Or all of the Above, AKA GalaxArLaxarGallaxharGalaxaxrR

This game was fun, although TOO easy. My gamer skills are too pronounced

Update: A NEW ALLY APPEARED… Meet the Grunt! A weak Unit for early on defense. Has 75 health, Runs 0.25 faster, and he wields a pistol. (Forgot to mention the spawn delay is 0.25 faster)

The wave system is right around the corner… and all the enemies cause it wouldnt make sense to have a wave system that doesnt really get harder with the exact same enemy.

OK So Update News… Its gonna be a day or so…

UPDATE HAS ARRIVED, It now has wave support to 20 waves AKA it get difficult fast.