Game Try #2 Shuttle Landing - A little logic lost on me

The members of this forum were super awesome yesterday helping us sort icy ground issue after advancing a level. Hoping you can do it again!

Shuttle Game we are making according to youtube video, everything should be the same as described in video but he does go pretty fast and skims over a few elements that I have to guess at…anyway it was working up until I added the alerts that restart level with and without points…any thoughts? I am positive I just don’t have something plugged in right. 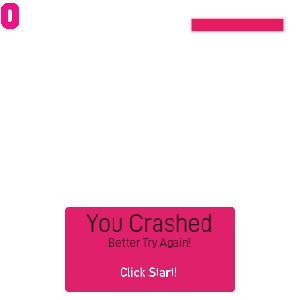 umm, it seems to work perfect until I run out of fuel then on the next level(restarted level in this case) no matter if crash or land my bar is full but it appears I am out of fuel and cannot move.

Are you saving the fuel from level to level, and is your character set to “reset on level restart”?

It is set to keep between restart, because the video said to, how do I keep the score between levels if I restart between levels?

that fixed the fuel issue, now I just have to figure out how to keep score outside the behavior of the lander itself…easy enough.

The save behavior saves and reads values, use that instead

What @theglitch055 said. Use the saves to save the points whenever it’s updated, and use a once block on another save to set the amount to whatever the amount is on the save at the beginning of the game.

I hate to be a bother, but I am attempting what you suggested, but do not fully understand.

It makes sense in so far that I should save the score, then read from that saved number after restart, but I cannot plug the read port into anything in my score calculator section.

Alright, I got it functioning with fuel between levels and with the score incrementing each win…and restarting from 0 when fail…

Thanks. I ended up having to put the collision math for score on the landing pad not the shuttle like he did in the video because that messed the fuel up I think…because of the save between restarts.

If you need some help figuring out saves, looking at the checkpoint systems made by JR_01 may help. He makes several great tutorials and examples, I’d check them out.

Sorry for not responding, I was busy. Glad it worked ouy