About: Space runner is a platformer game it is currently in development we are planning to release next month we are going to be updating the game often, and we will post updates here

(you can play the game now it isn’t finished yet, but we will work on it)

update:
• You can kill enemys now (by pressing v you can use a sword on enemys)

(thanks for your support also)

credits:
coding - sharafzada
art - by hexone
testing - by my friend 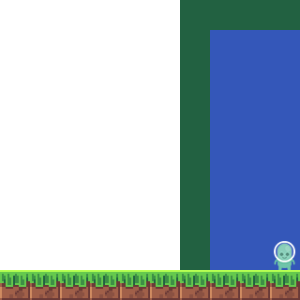 This game is a test we will be working on this game, expect lots of updates soon controls: a and d and space bar

Check out the Space runner community on Discord - hang out with 5 other members and enjoy free voice and text chat.

Ok. A couple of things:

Thanks for telling me this i will fix it

Also, the naming of your blocks and the blocks that aren’t needed.

Yeah, i added some of those sprites on accident, I’m going to fix it also

The items have been named and i will remember to

what do you think about the new update?

It’s ok, I guess, but next time you should outline what the update includes. What features, what mechanics, new art, new characters, etc.

ok i will do that next update

Again, you aren’t specifying what you revamped. Many people might’ve not played the game before, so they don’t know what has changed.

Also, you should change your animation code like so: 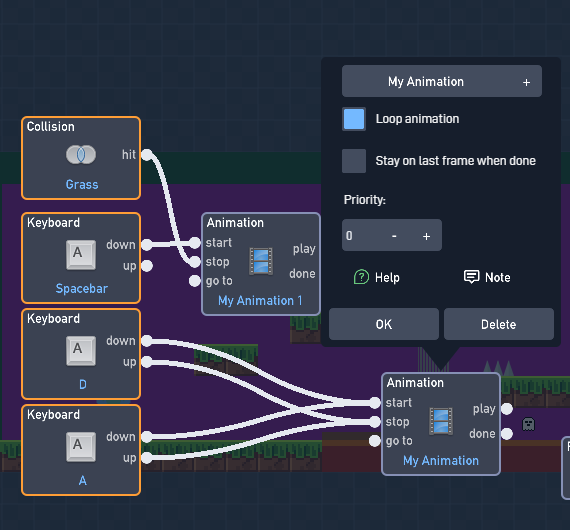 Also, should I give an explanation for how this code works?
My goal is for people to learn stuff so they can use it on their own, not just give it to them so they won’t understand later.

you can give a explanation for how it works

Alllrighht…
So, let’s go top to bottom.
Basically, the spacebar starts the jumping animation, which loops. However, when the player collides with the grass the animation stops.
With the run animation, you set it to loop so it doesn’t only play once (this is easier than using repeaters), and when the button lets go it stops the animation.

ok thanks for the explanation