Grappling gun help can meburningslime or someone else help

Kunai is a Japanese style weapon that is a small blade with a circular handle on the end which is preferable used as a projectile or throwing blade.

The weapon they used in Naruto a lot.

I’ll make an example, just give me some time.

I know that, I was just wondering what OP meant by it because they put it in all caps, so I thought it was a game or something.

thx for helping alpaca i loved ur life game

ye KUNAI is a cool metroidvania by turtle blaze 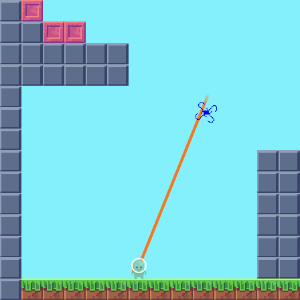 Hope this helps, if you’re looking for something different just tell me. Or if you need help understanding something just ask.

umm its not working i copied all the code

There are a lot of Collisions, separate objects, Extractors, Messages, and Proximities that you must not have changed. You have to adjust all those things to fit your game.

ill ask you to join in

and edit it so you can help me

Or just have someone explain it to you regularly

See this? This is the code inside the object called “hook” 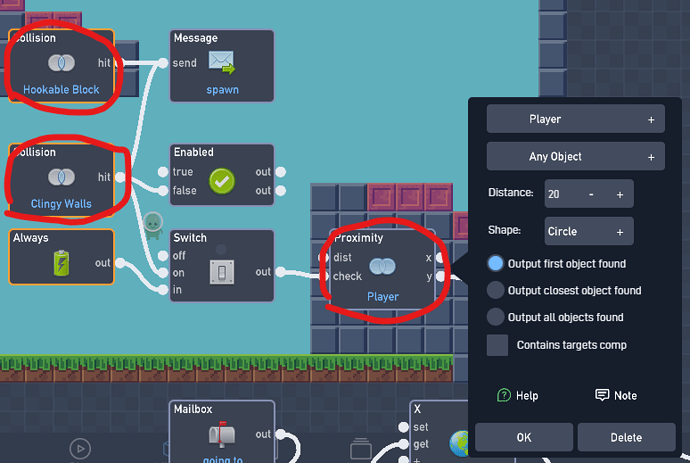 See all those things circled in red? Those are some things you’ll have to change using the

in which you literally just click on it and select the object you want. Amazing, ik. As for the extractor commands… i can’t say much for those except that there’s an easier way to do it (player sets global coordinates), but im not gunna get into those details.

it kinda worked but ill show you what happens