Too many settings, I would say

Probably. I’ve used it before actually, for no reason:

I used logic gates to make this.. for no reason. - 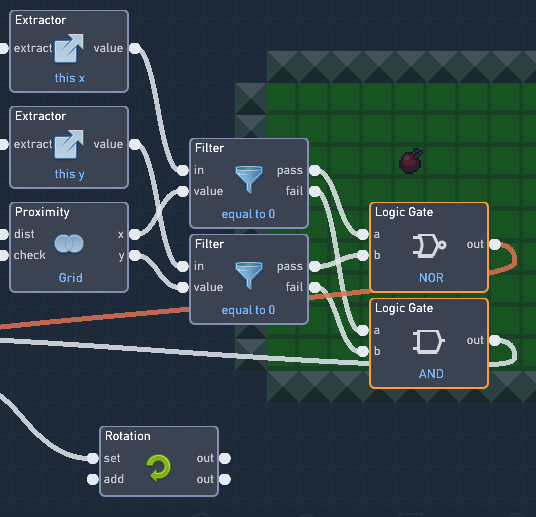 I think it’s because Logic gates need a constant source running into it. Filters probably only let out a red stone source when something is put into the input, but it doesn’t last very long making the logic gates break up. I would recommend using timers that repeat forever until something ends it. Like the first filter for an example. For the pass output, put a timer that starts on “pass” and resets at “fail” to an infinite source for the pass output. Do the same for the fail output but put fail for the start and pass for the reset.

Just do the same for the other filters. 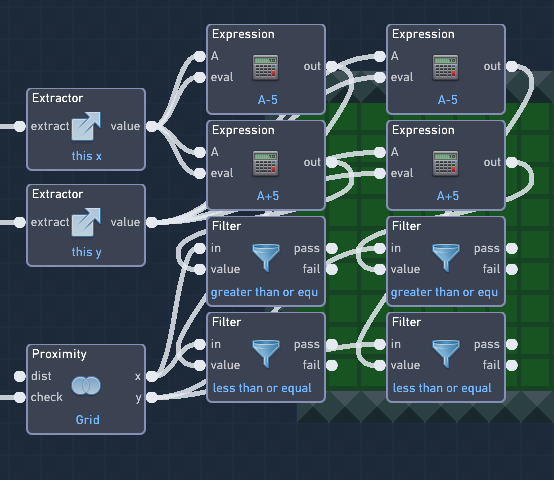 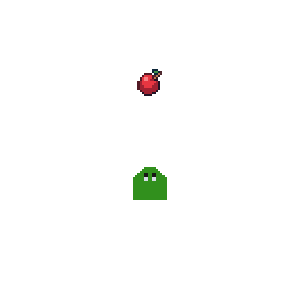 Sorry I can’t at the moment, I’m currently in school right now so I don’t have much time for examples at the moment. 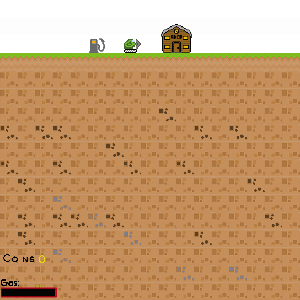 Wow this is some hardcore snake o_o

did u ever get this working?

Nope. I just deleted the project. If a project doesn’t work out, I delete it instead of letting it sit there forever.

No. I just don’t like projects sitting in my place forever. If I do, it just gets clogged up with useless stuff. When people go to my prof, I want them to see all my good games. And no, I don’t care that I can make my projects private.

If you have indie there’s no reason to get rid of them, you might want to go back to it and you won’t be able to. Also if you do have indie you should relog to get the badge thing on your face

I keep everything whether or not I gave up on it, sometimes I go back and need to use something as reference, or just want to work on it as a side project.