Intro
Hi Everyone! I have been thinking about this game for a very long time, since the beginning. I am going to make it again, since I know more about flowlab. It will be better than the first one. So here it goes…
Story
After Master Chief great era, the galaxy quieted down for a bit. In the last few years many has died so a scientist begin searching the Galaxy for the ulimate source to heal back the dead and the earth. Which was the kiber cystal. There was only one, just one. Meanwhile since the alien got their bottom kicked, a new race wanted the kiber cystal…HUMANS! Yes some of the humans wanted it to go conquer and destroy other races across the globe, so the other side that wanted to revive earth sent out their best man to see what can be done…

Day 1(The Start)
Hi Everyone! I am back with the basics! So the photo below shows the training ground, All I need is to add the drones, and texture. I also made a way for you to crouch near crates, not freely though. I also add additional coding to the attached hand, you will see when you play the demo. 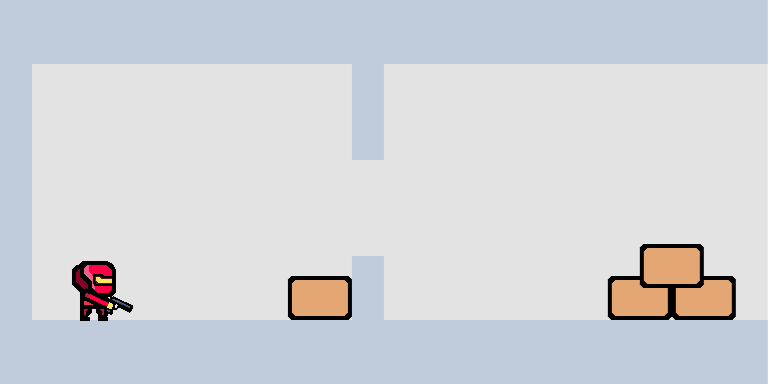 Awesome! I still have the original version of this game bookmarked in my browser. Perhaps you could reuse some assets from it if you need them?
Flowlab Game Creator - Halo: Next Generation
Also your art has greatly improved since last time. Epic.

Hi everyone this is not a update!
I plan to change the art a little bit, since still i suck as animating…

So yeah.
There will also be no updates for a few days, because trying to plan new stuff i can put, that i didn’t put in the old game. I still plan to add some of the old halo: Next generation mechanics and characters. but I need to hear from you guys so here we go.

Should I add the mouse robot(forgot his name)

Should I put in the helicopter drop still?

How about adding the halo health bar with helmet design included?

such basic ideas, couldn’t the mind spark bigger ideas…yes it can

Ok everyone game making begans again after a long 6 days of planning…or was it more than 6?

Hi Everyone… I really need some time to do animation, so there will be no animation if the demo comes out

Day 15
Hi Everyone it’s been 15 days since the announcement! I am here to give new updates!
So here is the first update: New looks for recruit E3!

Second update: The “aim-bot” is now named E7-2 Which is not a aim bot but a system in your helmet!
I have also made the helmet’s inner piece(I really dont know what it is called) 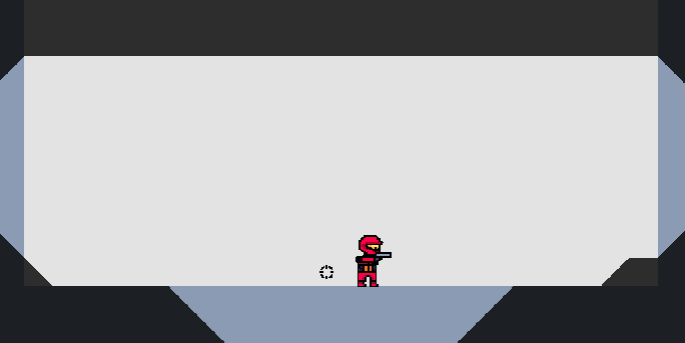 Hi Everyone! There is no new updates yet, but I will tell you what

… There will be a tutorial/training ground, then you will enter the first part of the war: Mission 1. This mission will be in a warehouse, where one of the general has the coordinates of the kyber cystal. So you have to stop him.

There will also be new gun designs, the guns will be down below soon. There will also be bonus skins for the gun, so if you want any, then suggest anything below! And also if you have any other guns that you want to add you could also suggest below.

Sorry no aliens, well not yet, There will be different types of enemies here are some:
ShieldBusters- These guys have guns that shoots bullets that attaches to your shield and suck the energy out of it making it shut down.
Rackers- These guys dont shoot they go bare hands! They ram into with their veticle and whoop you around the corner!
Solider- regular guys with guns…
JunkHeads- They shoot lasers that dmg your health greatly and your shield.
Turrets- shoots at you

Day 17
Hi Everyone! new update and I will tell you what, the training ground is released so you can now play around with it! Here are some updates! The shield has a nice cool look! instead of a outline as a shield I fully colored it with a pattern!

Here is the link

There is also a bonus gun press 2 for a rifle!
ping @DinoDev @John_Shrekinson

If there is any bugs or suggestion please tell me thank you!

So no bugs or anything? Ok great because I have plans for a new setting for Level 2. This will take place in a warehouse in the middle of nowhere, this is where you have to take down the commander before he gets the destination of the kiber cystal. So a picutre of the place will be here soon.

Hello Guys this his to be on a pause I plan to do my first devlog on my main game, but it will be back

Hi Everyone! Yeah I am back with great news! Not about this game but another game. In about a month or so there will be my first video. I am planning really hard right now so I hope this works how. This video is all about my multiplayer rpg game. which I coul really need some help on. So if you want to join i will sent you guys the discord server which some joined but none online so far