I am making a shooter for fun, and the health bar is only attached to Caco’s as the Lost Souls are one shot. The plasma gun does 1 damage to the 5 health Caco’s, and the health bar, when you hit it once, it doesnt show just for the Caco tha got hit, it shows that every other Caco has been hit as well, even when they are not. Please help.
Game link:

Instead of sending a message to the health bar, click “send to all attached objects”.

Sorry, i already did that.

At the moment I can’t do anything since I don’t have access to my computer. I should by Friday though.

In the meantime here’s my game… it uses the exact same thing but a little different, (in the AngryVillager and Health Bar code). 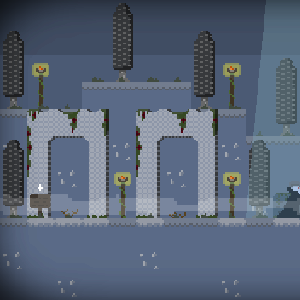 Small WIP game, notice that it *may not be playable*. - Shift to turn into a bat, right click to use sword As a bat you can’t attack but you have more speed As a vampire you have low speed, can’t jump but can attack

Thank you, and it looks like a very proffesional game, but i have done what you have said, looked at the code, and it doesn’t work. I guess i’ll find out sooner or later. Thanks for your help though!

No problem… and thanks for supporting my game!

Doomguy in this game looks suspicious (amogus). You can take my Doomguy out of this game if you want.

Another thing is that the game lags because of the constant Cacodemon and Lost Soul spawns. If possible, try putting timer in between each spawn to reduce lag.

It’s okay, thank you. I was going for a simple, but slightly recognisable doomguy, with no arms, as he holds his gun which is attached to him using an attacher behaviour. But i agree, hes looking kinda sus. As for the spawner lag issue, i know about that, i just havent decided between having no action, and no enemies to slay, and lag, and I have been trying to find an alternative to that. I might have to remove the blood particles.

Also, nice game! Good soundtrack, pretty good graphics, but what do you do in it?

Hi. You can find useful mechanic examples by going to the Help page > Helpful Examples.

Here are examples of player and individual enemy health bars. 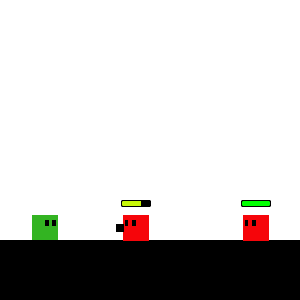 <p>Use the arrow keys to move, press space to shoot</b> <p>The enemies have health bars above them. Those health bars are separate object which are attached on the enemy with an <b>attach</b> behavior block.</p> <p>In order to change the value... 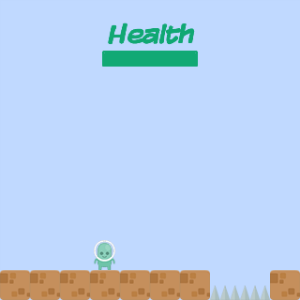 Arrow keys to move. The spikes will cause the player to lose health, restarting the game when it reaches 0. The player's health is stored in a **Number** block. Using a **Collision** trigger, the health is decremented when touching a Spike object. ...