So in Alpaca Raceway, the boosters are weird, so I wanted to fix them. I want it so if the booster is pointing to the left (180 degrees) and the car hits it parallel (90 degrees, the car’s forward direction is down), I want the car to go to the left. pretty simple. But, if the car hits the booster from the other side I want it to also move to the left, but less.
Basically this 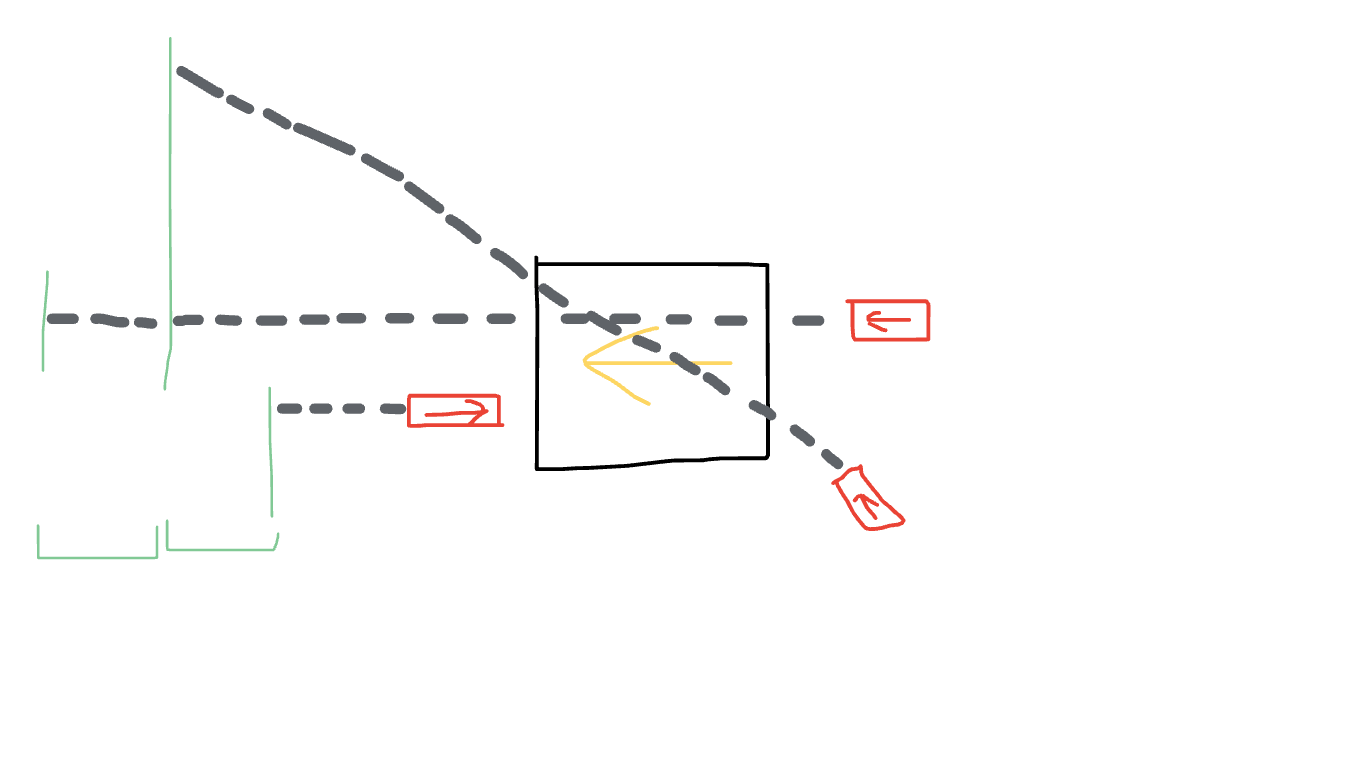 Well first off, you’d need to find the momentum with the booster.
You can do this by converting the angle to a radian: a * (Math.PI/180)
Then plugging it into these equations (b being the strength of the boost and a being radian)
x velocity: Math.cos(a)* (b)
y velocity: Math.sin(a)* (b)
Now that you have these, you can extract the player’s velocities and find the mean (average) of the x and y’s.
a being angular x and b being x velocity: (a+b)/2
a being angular y and b being y velocity: (a+b)/2
and that should calculate the boost mixed with the current velocity.

Ok, this should work, but now I have another problem. I had the input for the velocity in the Foward and now I need it to be in the X and Y. I would use the same equation you gave me for the boosters but I needed the X and Y velocity for it, and now I’m trying to figure it out.

you should use extractors to get the x and y velocity, it should output the correct x and y. You should be able to keep the forwards