I’ve had many odd issues while making this game multiplayer that I don’t know how to fix:
The ball, despite being a shared object, is in different places on each screen.
The scores never sync.
The player pushing is never synced correctly.
The ball and player are very laggy.
Assigning ids results in the game looking different on each screen.

This was supposed to be private until literally everything I tried no longer worked. 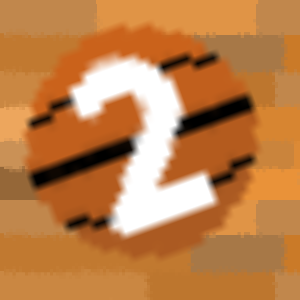 W.I.P. Things that are not bugs: Losing the ball while moving too fast in the air, the basket stopping for a second, ai stripping ball. m1 to shoot, m2 to dunk AD to move, W space to jump

I’ve found that sometimes it can take upwards of 30 seconds or so from the game’s start for the shared objects’ positions to actually sync up…
But in general multiplayer is tough, my opinion is that it needs some major updates / more explanation from grazer to make it more functional and consistent