Help with the proximity behavior

Ok, so I’m trying to use the proximity behavior to create a Line of Sight lighting effect by increasing the X size of my “flashlight” object to extend to the nearest wall and then getting the positions of the “darkness” blocks that are in a certain proximity of this flashlight object (ideally returning all of the blocks that the object is touching as it extends), but no matter where I move the flashlight object to, the proximity only returns the value of one darkness block total, even if I move the flashlight far away from that specific object (far outside of the proximity, which is only 16), it still just returns that specific object. It’s a random one each time and I don’t know how to fix it.
Here is the faulty code (I can’t get a screenshot of it in action, but that proximity in the bottom left always outputs the same value for some reason)

Link to the game: 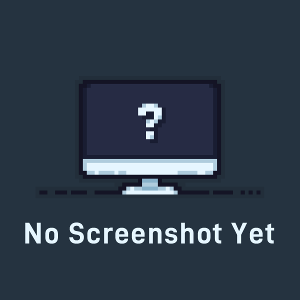 WASD to move R to generate new maze E to go down to the next floor F to stun enemy (can only be used twice per floor) Made in 11 days for the 2022 Level Up Game Jam with the prompt ***"I’ve never seen anything like it, I don’t understand it, but...

Any help is greatly appreciated!

Ok can you summarize you entire paragraph into 1 sentence im having a hard time trying to focus on what your asking. Don’t say anything about the flashlight stuff just say what you need the proximity to do.

I need the proximity to output all of the “darkness” blocks that are touching my extendable light source, but for some reason the output is the same every time, even if that specific block isn’t even nearby.

Change the first object found to all objects found 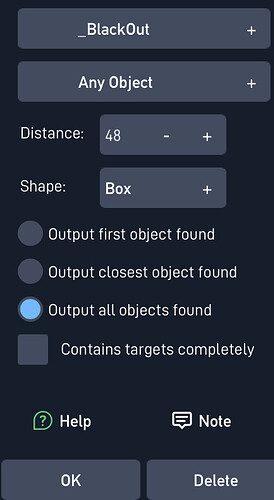 Oh, so that’s only like that at the moment because having it output all objects causes extreme lag (one problem at a time, lol) but even using that it still doesn’t change the outputted blocks when you move around, it just continues to output a couple of specific blocks that don’t change no matter where you move

Yeah the proximity doesn’t work like that, It doesn’t output everything it touches it only outputs if it touches somthing.

Perhaps connect the x and y proximity outputs to the “push” input of 2 list behaviors; the list it builds will have all the coordinates you need

It outputs the coordinates 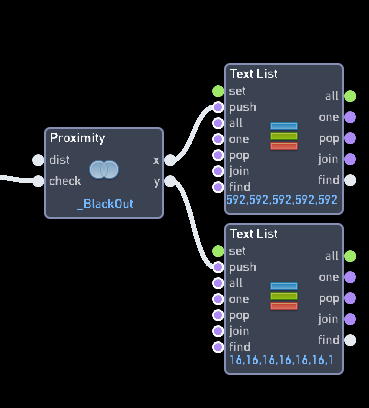 Despite the fact that I was moving all around the maze, it still just outputs only that one point, and I don’t know why

Flowlab Game Creator - Proximity Count Example Does this help at all?

Oh wait, do the blocks you’re checking for have code in them?
If they don’t then Flowlab might be merging their collision boxes, in which case I think that makes them all have the same x and y (but I may be wrong).
If they do have code then it’s probably a different issue in which case I have no idea what’s going on

They definitely do have code in them. Is it possible that this is actually a bug?

What are you trying to do exactly?

So you have to select “output all objects found” like HeadlessHorseman mentioned earlier, I just tried it and it builds the lists fine