Hi everyone, this is my new game for Flowjam 2023, Hidden Depths. 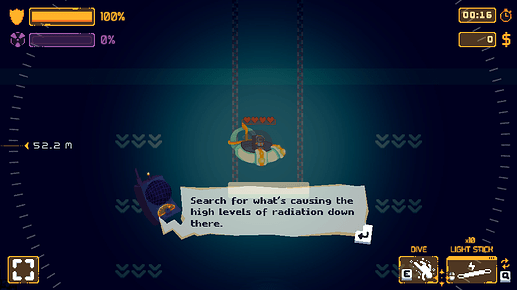 "Welcome to the unknown. You are now exploring waters never before seen by humankind."
A game where you must dive deep, explore and discover the cause of the radiation in these abyss waters.

I also did some cool stuff flowlab-wise like the rope physics, masks & a lighting system.
Overall, I’m glad I did this game. And I hope you all enjoy it too

Let me know what you fellow humans think 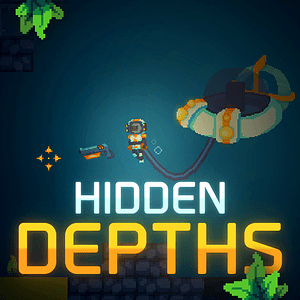 I remember seeing the tests for the wheel menu for Awakening, feels so long ago lol

I really liked the depth (heh) in this game, felt like I was actually exploring. This is a game I’d really like to see expanded on, especially with the great lighting FX and rope physics. But I do have to ask, will you finish the project, maybe add onto it?

It just has a ton of potential, and honestly is just a game I’d like to play more of:D

I love everything about this and have replayed it a few times; however, each time I must be messing something up because the page keeps crashing… Seems to be something with picking up the drill or the Enter key? Not sure, but anyways this is fantastic!

Thank you so much guys @rcreger @thebrickccentric
Yes, I think I would love to expand and continue this game or at least make its experience a bit more comfortable.

Also, yea, I thought those crashes stopped happening, but it seems like they didn’t. I tried tracking down, but I didn’t find the issue. Even grazer looked into it, but these crashes are really unreliable. I was able to take some console screenshots but yea.
I think it has to do with the Lightning system tho.

For those who are curious and asking me about how I made the lighting system, I and JR already have an example of it ahah. He was way too curious and wanted to try it out mid-jam 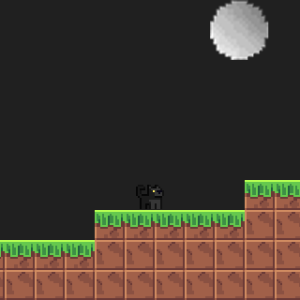 The way it works it’s basically combining together a Shader (any shader works) and a specific combination of blending modes (you can check it out in the example or in my game).
Combining these makes the blurred objects (lights) masked on the overlay object (darkness).
It gives a really nice effect, and the masks fuse with each other really nicely. 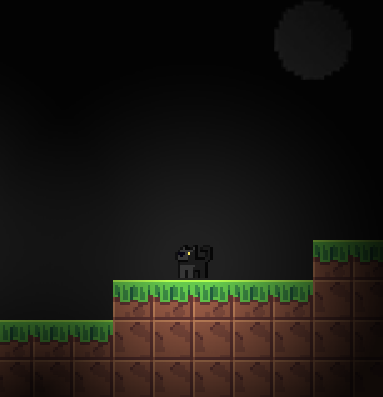 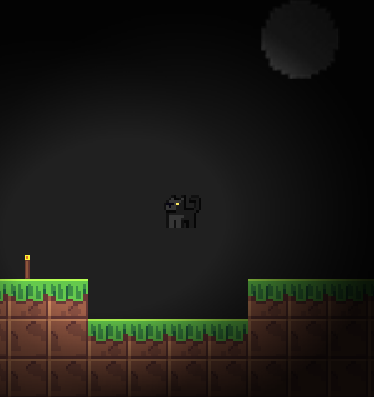 The problem is, I think the flowlab engine doesn’t like this mixing very much, and it can possibly lead to crashes, like in my game. I’m not 100% sure, but that’s my guess. Since the crash blacks out the screen as if nothing was “masking” it anymore.

You know me well!

Anyways, this looks awesome! Ill definitely give it a play when i get fhe chance.

How did you make that rope look so flawless?

It’s some math to define the curve and what not. DraftyScienceCoat75 has been doing some similar stuff with their train game.

I almost guessed how it was done, just didn’t think about using the Shader. Suprised this hasn’t been done earlier, even without the shader and the alpha at something like 15-40% would give a very similar effect to what you got in Hidden Depths

I’ve been wanting a way to do masks for a couple of years now, that lighting example has been on my shelf for a while. The problem with using alpha is that is a good way to add light, but not a good way to add darkness. There needs to be a way to control the levels of black on the screen with the lights above it (masking). I was ecstatic when I realized Pizza has found a way to mask the lights and darkness all on the same layer by using shaders.

Obviously not as good because it looks like a bloom, maybe there is some possible tweaking to it that can be done, but who knows. What you did in game looks much better of course, the game crashing is a sad side effect that grazer will hopefully look into.

It’s not going to be able create the same effect because your adding light instead of erasing darkness. Adding light like that is also adding color and brightness (saturation) to the objects behind it, while masks keeps the original color or mixes with it (contrast).

On a separate note, masks can do more than lights too. Masks help create moving holes on the image its on top. So you can also do stuff like this:

That can be done anyways… Also I mention that what I showed was more like bloom and not nearly as nice of an effect (What you showed is just an overlay with a hole in it set to a higher display level or in the UI. The object would need to be larger than the screen ofc to do this so that size can be used. Masks would obviously make this easier to do). Atm I would not recommend anyone else to use masks this way until grazer looks into it more because samuel has said it caused the game to crash for a few users.

All I’m saying is that lighting systems are about how you control darkness, you can’t do this effect by adding lights. My lighting system before this was controlling the RGB values of objects to make them darker. Even flashlight examples is making a black UI object with a hole in the middle.

Also you can’t exactly do this effect normally, it could get close but not the same. Having the skull shrink until its gone with an overlay color around it would make the object bigger than Flowlab can handle. You could do it backwards though if the skull was filled in and grows until it covers the screen.

I’m sure (while once again, not as easy as masks) that you could just use 2 objects, 1 with the hole of the skull and another with the black background (with some sort of hole or animation) and both of these would be adjusted. Also a side note, that’s not how my light/flashlight example works (Ik you’re talking about in general, just clarifying).
Anyways, I don’t want to fill up samuels thread with talks about masks.

And to clarify something else. I keep saying over and over that masks are very useful and can do a lot of things, but you seem to be missing this. So I will say it in clear terms: Masks will make many effects that would otherwise be impossible or very ineffective possible easy. Masks would be an incredibly effective tool that I think flowlab could benefit a lot from. Hopefully, this makes what I’m saying clear, I was just pointing out a flaw in what you were saying before. (So I agree masks are great, but grazer first needs to fix the crashing bug before they are used a ton)

It also appears the people continue to misunderstand me…

But also your just explaining on how to do this specific transition normally, masks can do a lot more complex outlines with multiple objects. Think of multiple DVD logos moving, spinning, changing across the screen or having a blood splatter as a death fade. Just more complex things in general that wouldn’t really be possible with normal overlays and transitions.

I’ve been hunting this effect for 2 years in Flowlab, I will preach the use and advantages of Masks across the land! It will rule over the special effects of all that came before it!

Hey again, ahah, so… I think you are explaining something that we already know, but it’s valid.
It’s not like I haven’t done the “Add” lighting system before. I did it in Stacey and other games.
It’s just a different method, and it doesn’t look the same

Regarding the transition, it also wouldn’t look the same. When the transition object is at 100%, the hole won’t close, and the quality, when upsized, would look low-quality because the cut-out shape is at a default small size.
When using masks, you can make the skull shape the size you want/need (making it look super crisp), as well as the transition can close perfectly 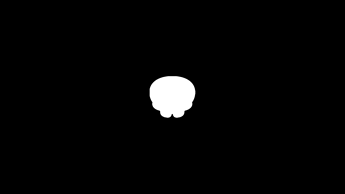 That’s why it is so cool. Anyways, if you haven’t already, go check out Hidden Depths ahah.
According to our critics and local flowlab news, the “HARDEST GAME (IMPOSSIBLE)” of the year. 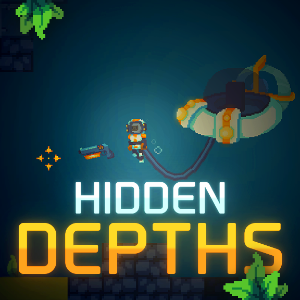 **"Welcome to the unknown. You are now exploring waters never before seen by humankind."** A game made in under two weeks for the Flowjam 2023. Game by Samuel Tomé. Music by Eric Matyas. -- **F** for Fullscreen **WASD** to...

I really don’t want to fill up this tread about your game with talks about masks so I’m going to stop posting here.
So I’ll just brush over a few things:

I wasn’t trying to make this into a competition, I just think you’re not understanding what I’m saying. I think the problem here is we both agree and it’s just a misunderstanding due to wrong phrasing on both parts. If we asked “what exactly is being disagreed on” I don’t know what it is, it seems like we pretty much agree on everything here.

You said it wouldn’t look the same, and I was trying to show that it would (I wasn’t trying to show off, I didn’t think it was impressive because it isn’t, but I can see how it seemed that way due to my bad phrasing)
“Regarding the transition, it also wouldn’t look the same. When the transition object is at 100%, the hole won’t close, and the quality, when upsized, would look low-quality because the cut-out shape is at a default small size.”

Anyways, I’m sorry for the misunderstanding, I wasn’t trying to cause any sort of argument or turn a friendly convo into something “weird”.