How do I make connected animations work properly?

I linked three animations with each other so when one is done it goes to the next and the connections work but the animation won’t play. Here is a picture of the code for reference 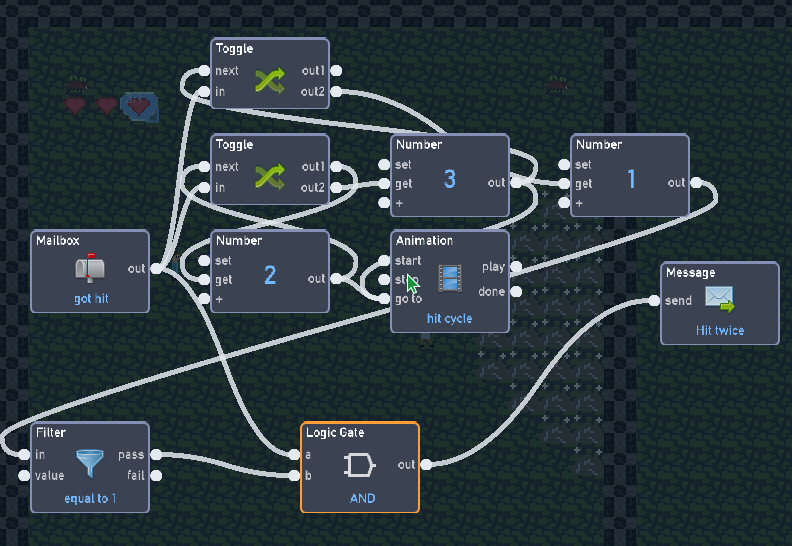 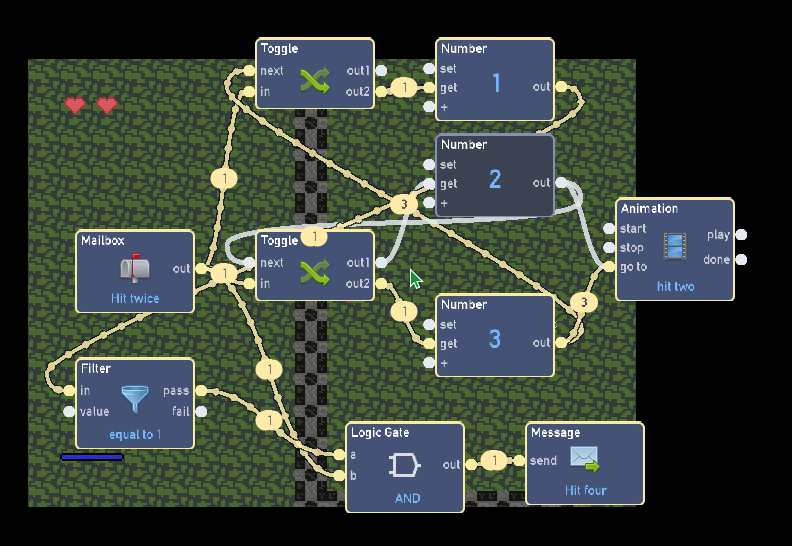 Thank you for simplifying it for me but it didn’t fix my problem. When I get hit more then twice nothing changes (shown in the second picture) in that picture the second heart is already on the third frame of the animation which should make it where there is only one heart but there are still two hearts how do i fix this?

Here is the animation for all three hearts, the third frame is blank (keep in mind they are all separate entities)

Here should be a fix. Make the number go up to 4 instead of 3. Just put the number on 1 first with the example I gave you.