How to make a raise a pet game?

So i’ve started making a raise a pet game but i need some help with programming.
1st How do increase the food level and decrease it?
2nd How do i make the money system with a shop? (One secund = +1 Coin)
3rd How do i make the boosts? (money boosts)
4th How can i make randomly generated gold item when the pet collides with it you get +10 coins

Seems like a lot of new Raise a Pet games recently, maybe I should make an example of this.

1st How do increase the food level and decrease it? 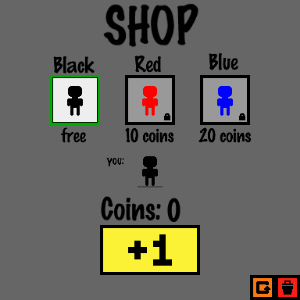 3rd How do i make the boosts? (money boosts)

The Timer into the +1 coin, change the +1 into a higher value

Find the area of the X and Y value you want to spawn it in, then use a random behavior to get a value between there

hopefully this reply helped you
edit: forgot to say that you can moderate the spawn coordinates in the spawn block too. I put number blocks to make it easier to understand.

That’s because he did it wrong, doing it that way infinitely increases the value, I’ll show a screenshot in a sec of what it should look like. The loop he created was because it was checking if you had the correct amount of money for the upgrade each time money was added, and if you did have the money it would instantly increase your money and then check again, then increase again, etc. This caused the infinite loop 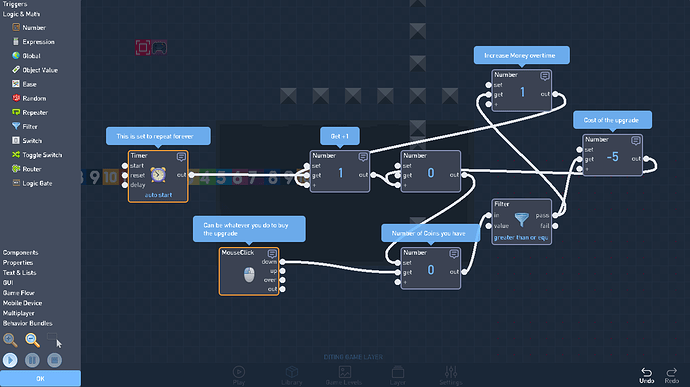 Btw in his first example, he uses the Bar behavior. I would recommend using a secondary sprite because it looks better.

yeah i did the code as an example. the way you’re intended to do this is to lock it with a switch and a click behavior like shown in @CodeAlpaca s example. i did not put much work into the code because i rushed the message. (oh btw the reason mine did not have an infinite loop was because of the destroy trigger)