I need a story of the game im workin on

The game is here: Flowlab Game Creator - New Game i need a story for it and some enemies,probally a name too, thanks

So… a whole entire game??
You’re basically just asking for a dev team to carry you, lol.

Also, the controls are broken. Try setting the keyboard blocks to repeat

no like ideas as in beginning ideas as in “this guy was a wisard and a potion dropped on him” then ill go from there. scrap everything i said but the story part

A wizard who has lost his trustworthy wizarding cape that gives him powers of the gods.

hmmm ok thanks! ill do it

what do you mean? im confused

You have the keyboard buttons in the mobile controls themselves. 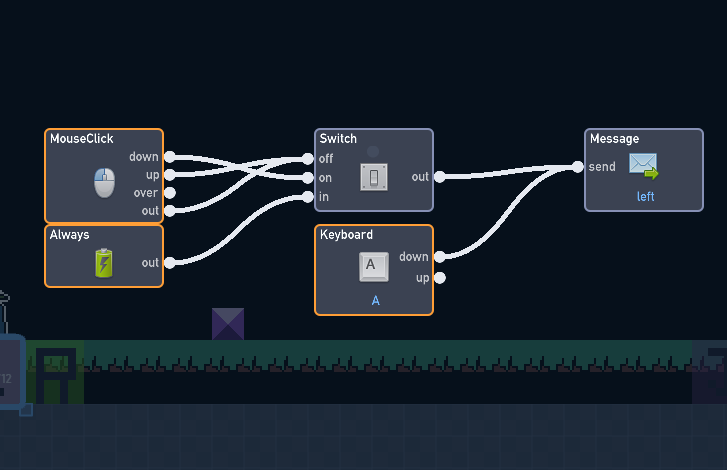 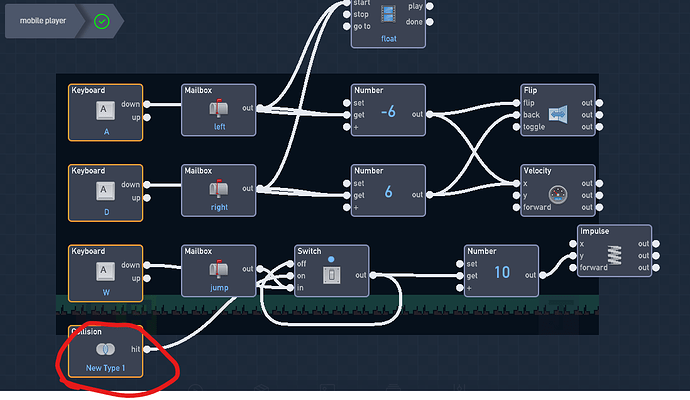 Also, make sure to set this collision to ONLY BOTTOM. This makes it so you can’t have jump enabled when colliding with the sides of the ground, or the bottom of the ground (yes the naming is confusing, just go with it 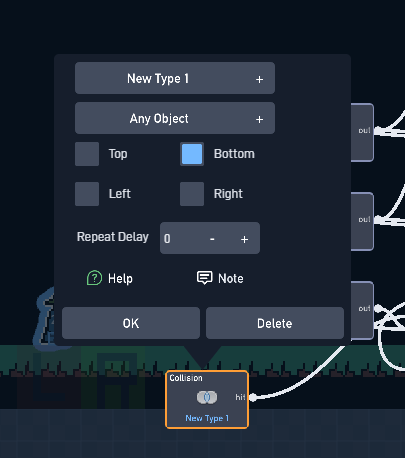