Um, an infinite running game, like the chrome dinosaur game.

Flow-lab is also a grammar coach

Wait, did it say that when you posted this, lol. I never had that issue before.

Well, considering the three ideas so far, maybe an infinite running game, but instead of it being running, you just go to different levels such as street fighting but maybe with magic or something. So its like a how long can you survive or how many rounds can you survive. Just going off of what you said by taking the first five ideas into one game.

so maybe some random level generation with fighting and magic?

i have another great idea but i wanted to use it, its called Shadow Chronicles, where a hero has to save his village from shadows and go on different mission and defeat bosses, but near the end, you have to enter the dark tower where you have to make it to the tenth floor defeating shadows to beat the shadow queen Umbra

That is a great Idea

So are you going to use it?

yea imma use that Idea

Those spaghetti monsters will pay…deerly 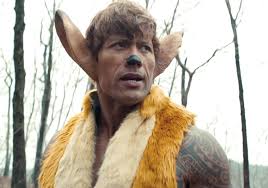 I got the infinate running to work