so I got GalaxianGames blessing to develop a remake of porky’s nightmare, it will work sorta like fnaf 1s custom night, with different mechanics and the animatronics looking different depending on their difficulty. On the max difficulty, the animatronics would look like a plain endoskeleton making setting them all to 20 makes them hard to tell the difference between them.
Anyway heres porkys new design 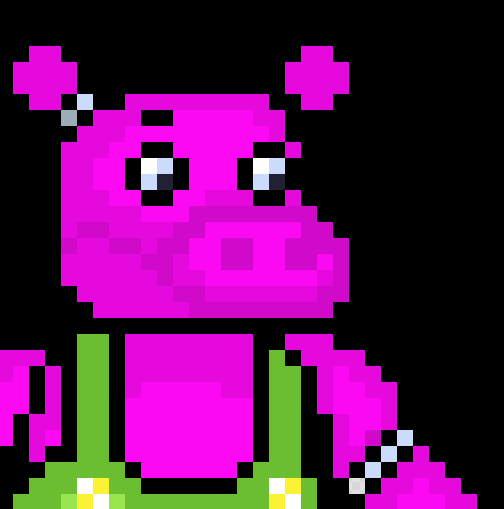 Ralph: he broke down today and was put in your office until maintenance is available.
Don’t make too much noise or he/she will wake up, if he/she wakes up hide under your desk until he/she falls back asleep. While under the desk you cant use the camera’s making you vulnerable to other animatronics 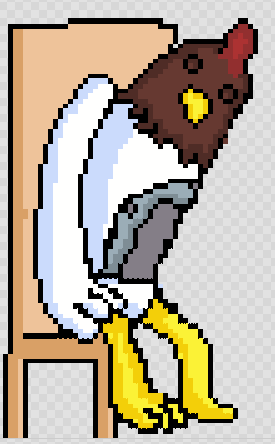 Its great to see @MetaNinja’s old game getting more love. I happy that your remaking it, but make sure to keep some of the older elements the same. The older game was awesome!

porky’s mechanics pretty much are the same, the only difference with him is that he has an audio cue for when he’s about to enter the room after his footprints show up (that’s the plan anyway)

anouncement for the gameplay: I decided to make the max levle 10 instead of 20, my reason for this is because I decided to scrap the endoskeleton feature, now they look more menacing when there at max. but to make u for it there will be more animatronics that werent in the original, such as anonomous endo and a couple more without destroying galaxian games formula too much.(you might see a animatronic that references something in the original game that galaxian games never finished, it porkys cake)

Y’all ready to play round two of hide and seek with Porky?

poll will be back up shortly

I remember this game!

I remember being asked to help redo the phone sprite (the one in the original doesn’t look like the one I made, though lol). It still holds up, though. I’d say that the major thing that bothered me was the weird floor effect that happened when the floor moved. A way I would fix this would make the floor semi-3D so repetition is not as illusionary. That, and making more atmosphere.

From the looks of it so far - this is going to be great! Good luck!

Congratulations, you just predicted one of the game mechanics coming up in the Porky’s Nightmare sequel.

Also, Ralph technically doesn’t have a gender, because it is a robot. But in terms of its character, Ralph is a “he”. This applies with the other animatronics, especially with Porky. Just throwing that out there.

he/she will wake up, if he/she wakes up hide under your desk until he/she falls back asleep.

well robots can have specified genders.

Yes, but not in the case of the animatronics from Porky’s Nightmare. You will see exactly why in future sequels.

so I thought of what the cake can do, there’s a chance that when porky leaves your door his cake will let you wish away a single random animatronic. the cake can only be triggered once every round

wait in fnaf, chica (the bird) has the cupcake, so shouldnt, wait, nvm ralph is asleep.

ralph is pretty much done, just needs a jumpscare and a jumpscare sound and a audio cue for when he wakes up