I'm tryin' to figure this out

Ok. Y’all probably been thinking it. The Highschool Jacob saga has a story. I mean come on! There’s a character who reoccurs in all the games, and the songs seem to tell you something as well.

So I put my big brains together.

I started with the release date of the games. I looked them up on the forums and got this:
Stacey came first. Die 4 you came second. Not Worth Dying 4 came third. Open Sickness came last.
This is a problem. Why? Because there is a major story gap in the terms of relationships!
At first, it’s simply a story about a dude with a blue face, going out with a girl (who by the title, we can presume is named Stacey, so we’re gonna call her Stacey), but seems to have self-esteem issues and such. That’s where the story line gets messed up.
In the second game, HJ seems to be riding a boat with a completely different girl. Then, in the third game, he’s back with Stacey in a dungeon or something. Then, both of them disappear in the fourth game, replaced by what seems to be HJ’s friends.
It kinda doesn’t make sense. But I’m going to make it make sense.

I personally haven’t played much of Die 4 You and Not Worth Dying 4, and am most familiar with Stacey and Open Sickness. From what I remember, during the events of Stacey, Highschool Jacob is having self-esteem issues during a date with Stacey, and some mysterious creature takes advantage of that. HSJ has to overcome his doubts to save Stacey. During Open Sickness, he is having another crisis, and has to confront his inner demons to “become self-aware.” Perhaps this whole HSJ saga is about discovering your own identity? That’s how I interpret it, anyways.

Or maybe the enemies are actually there and it’s not an analogy. Maybe we can get some cawthon-level lore from pre-fnaf style games

Hmmm, I’m not sure either, but yeah, there’s something more.

you haven’t posted in 6 years

You’ve been here longer than I! Who are you?

they’re a guy who has not posted in 6 years

From what I see through their profile information, they were a user who would occasionally post back in 2015, and seem to have recently starting posting again 6 years later. Personally, I am glad we get to have a long time Flowlab user come back to the forums after several years.

With that being said, welcome back to the forums @Icenity_Games!

Anyway glad to see more users on the forums that I never even knew before, lol.

Ok.
So, here’s what I think:
In the first game, someone says “afraid to be yourself, huh?” in the first scene. I’m thinking this is not HJ as we’re lead to believe. It’s actually Stacey. In this game, Stacey has already figured herself out. Which can only mean one thing:
The whole series is a metaphor for HJ fighting his own personal demons.
Sort of. You see, the first game is all about HJ being shy, and then leaping into battle for a girl be barely knows. The second game is about HJ confronting his fears…? (We’ll get into that later) The third is about HJ fighting with- 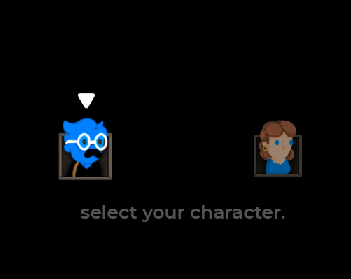 Hold on. Go back to Stacey. 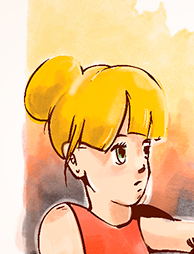 WOAH! Completely different! Brown hair, blue eyes, earrings, and a blue shirt!
This is a curious case, indeed.
So perhaps, things between HJ and Stacey didn’t work out…
But why? Why?
This is where I had an epiphany. In all the games EXCEPT FOR OPEN SICKNESS, there are pills. Goddamn, they’re even in the logo.

Picture this: HJ takes the pills, which leads to an addiction. Stacey breaks it off, not being able to deal with it. HJ starts dating another girl. Same thing. Next game. Same thing.
I believe this is a story of HJ dealing with his drug addiction.

Wow, okay. This theory just took a leap. But think about it. In the last game, he’s fighting against his inner demons. IT OUTRIGHT STATES IT!!! It’s also the only HJ game that doesn’t include the mysterious pills…
Coincidence? I think not
@PixelPizza I know you’re game might not have lore, but what are the chances of that? There’s got to be a story…

But that’s just a theory…

(It would be cringey if I quoted Matpat. Thanks for tuning in

Alright. Some more stuff to support my theory…

Just now I took a look at the Open Sickness game. That’s when it hit me. Sickness!
Look at the cover.

image885×356 52.6 KB
Look closer. See the pill?
I think the sickness part is referring to HJ’s recovery from his addiction. And with recovery comes withdrawal. And with withdrawal comes…
sickness.

So I took a look: 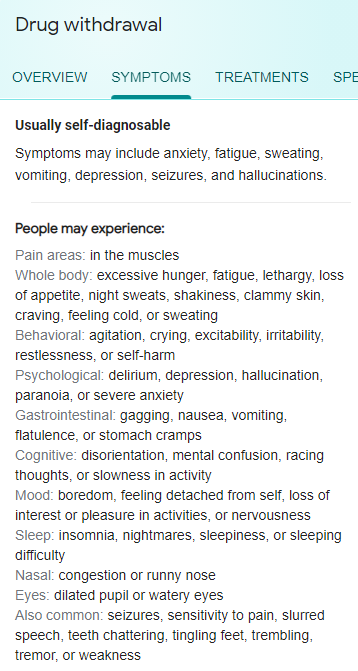 image358×671 34.8 KB
Ones that stood out were:
Depression
Hallucination
Paranoia
Severe anxiety
Racing thoughts
Boredom
Feeling detached from self
Loss of interest in activities (like in Stacey, where he’s nervous…?)
Nervousness
Nightmares
Sleepiness

If you can come up with something, pray, do tell

Thanks for tuning in.

Hmmm, this is actually a pretty good and believable theory, @hihilogic. As of now, I’ll support it as the best explanation for whatever lore might exist in the Highschool Jacob games.

Should I say something or just stay silent?

Please do, I’ve always wondered about this.

Well, the pills aren’t drugs, they are medicine pills. (and they help jacob)

Medicine pills…
Not worth dying for…
Die 4 you
Open Sickness

I think i got something. Thanks, P

I took a gander at NWD4 (Not worth dying 4), and saw some stuff that might be clues.

Also, I couldn’t help but notice that the evil you in OS (Open Sickness) uses a video game controller as the preferred method of combat.