Sounds it would be better to embed something like this in the comments instead of any benefits having it inside a game.

But there are no comments yet. Also why do you think that? Curious.

I mean descriptions, I just dont see this being used in a game.

Oh. Yeah I see. But then the player would have to scroll down. Also the controls and description would get even more confusing.

From what I’m understanding from your post, I think we already have this sort of thing. We just don’t have an official meme-sharing system implemented by anyone related to Flowlab (like Grazer or Mhx Aîr for example).

There are already a couple of ways to share memes in the way you described:

All of these I listed above are already possible, so I’m pretty sure you already have what you’re asking for. Unless you want there to be a separate page that shows a bunch of Flowlab memes. Then that’s a different story.
It’s up to Grazer if he wants to add this, but with memes being posted on the forums and Discord anyways, it may not be a big priority. Plus, the Flowlab Main Website is for you to create your games and learn how to do it. The Flowlab Forums is where users hang out, talk to each other about game development, and post whatever is appropriate; that includes posting memes.

Perhaps grazer approved Flowlab memes could have their own page on the website, idk. What I am asking for in the OP is a feature like a meme behavior that let’s you manually upload memes, resize and crop like Google Slides, and even automatically update like a Discord channel that you have made to follow an announcement channel from another server (if you are in my discord server then you can see this happen every day with the #pgr-news channel).

So you want a behavior that lets people upload memes to their own games?

Okay… I don’t know whether I should say I don’t understand what is being asked for or I don’t agree with it.

As for a file embed behavior, I still need to think about what the benefits might be, as well as any drawbacks that might make it useless or impossible to implement. So far I’m leaning towards a “not good feature” because you can pretty much paste images into the game or its description.

Why would this be useful???

A file embed behavior? Hmm… Maybe? Though it depends on what files you want to embed.

TL;DR - There is not much of a reason to add a file embed behavior, nor does it seem plausible given Flowlab’s limitation as a website.

Sorry to revive this topic but I think I know what I mean now. Okay so what I mean is that you know how you go on a social media and the posts are different every time like a feed? That’s what I want a feature for in Flowlab, so I can post memes in the game.

But YT style could possible? 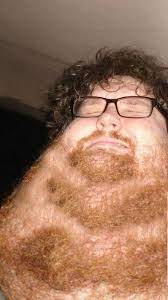 If you are asking for the ability for the creator of the game to post several things in a game that are different each time the game is loaded, then this is already possible.

Use the Calendar and Clock behaviors and have several pre-made memes ready to go.

… or just use a Router Behavior to change the memes every load instead of a specific time period.

If you are asking for the ability for players to post stuff in-game (like typing in a chat system or something similar), then I guess it would be interesting. It is possible to write a chat system in a game, but it would be complicated, and take ages to get working the way you want. Posting images, however, is currently impossible. I just hope that it is used wisely, and people don’t post inappropriate stuff all over your games.