Introducing My Biggest Project Yet!

I’ve loved playing multiplayer games so much more than singleplayer games for forever now. It’s just more entertaining and interesting. I don’t often play many flowlab games for fun, only the best of the best are worth my time. (Or one’s I haven’t beaten already) So I started working on Gladiation, a game I believe to be a breakthrough for flowlab.

Things no one else has ever done on flowlab that will be in this game:
Rating system
Sort of working “Queuing”
Hopefully a community of people playing enough for queuing to work.

The only thing I’ve told about this game so far is the intro, which can be watched currently by just opening the game. I’m currently playtesting the first working version. All it does to kill someone rn is just destroy them, so you’ll have to reload to requeue. 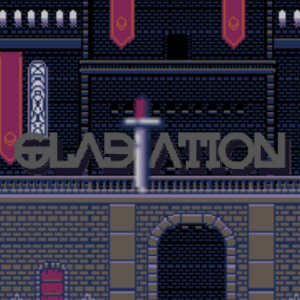 Testing is currently open, read this to understand:

I’m currently playtesting the first working version. All it does to kill someone rn is just destroy them, so you’ll have to reload to requeue.

Dodge bombs, the shields are your health.

Anyone online want to playtest this with me?

Btw if you need a system to track the current number of players online I could make a system for you. If you need anything else I’d be happy to help, I think flowlab really needs more active multiplayer games.

Will I guess i play test

Big issue I’m trying to fix, for some reason
Player count → Player check → filter (equal to 2) → change level
will only put the second player in, so I’m trying to add something to fix it

Ok I will be waiting

Everyone reload their games rq, think I fixed the issue, I’m going to have to put the intro in a separate game, so it opens this game. The queuing system will work similarly.

@grazer, my globals are being shared between players somehow, the second i change a few things in this game to being multiplayer it goes from working perfectly in singleplayer to nothing working at all in multiplayer 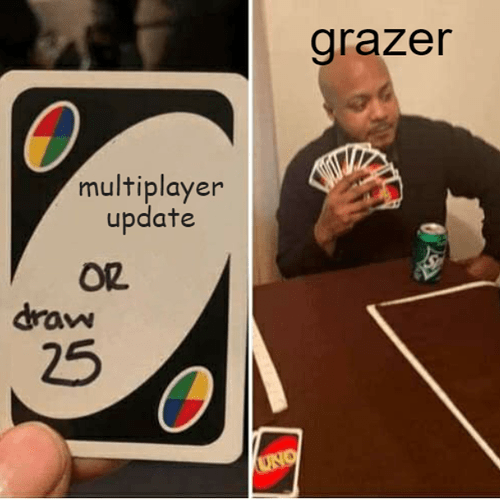 grazer606×606 290 KB
Things that no longer work for some reason:
All particles
Throwing bombs (for second player)
Damage per bomb goes from 2 to some crazy massive number (above 5, so it just one shots)
Both players take damage despite globals not being a multiplayer shared thing?
4 Likes
CodeAlpaca August 3, 2022, 3:09am #12

I think JR mention something before about sync behaviors not working, so hopefully grazer does a multiplayer update.

About the Shared behavior bug specifically, here’s what I’ve gathered from my experience with multiplayer:
-Shared does NOT share a value between objects of the same type (it is NOT a shared global). It only shares a value between the exact same object instance in two or more player’s games.
-Shared can take up to a few seconds to actually work the first few times it is triggered and possibly even more times afterward.
-Shared outputs its value:
1. Whenever the value changes
2. Whenever a player goes to a different tab and then back to the Flowlab tab (and it only outputs the value in THEIR game)
3. Whenever a player joins the game (and it again only outputs the value in THEIR game)

Hopefully Grazer or someone can correct anything incorrect here, but hopefully as well this is somewhat helpful. Flowlab’s multiplayer has a ton of potential, it’s just still super inconsistent and buggy.
Good luck with this project; let me know if I can help in any way

Very Interesting game we have here… 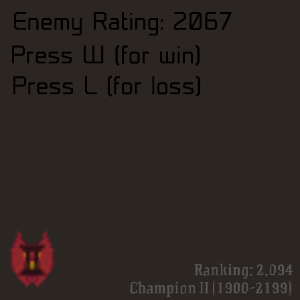