Is there a way to make blocks not solid?

Okay. In my game, I’m making a respawn method. This causes the fake blocks to not reset, since it doesn’t actually restart the game. Is there a way to make blocks not solid OTHER THAN just destroying them?

Here’s the link to the game

I think if you make it enabled false it should become a background object and all code within it pauses. At least so I think. Not 100% sure, but you could try it out.

Actually, you are right, @ManiacPumpkin.

I don’t want the code to pause, though. When you die, the death block sends a message to the fake block to reactivate it

If i am right, it just turns off the physics of the object. I don’t think the code pauses.

The code does not pause. I don’t think it’s intentional, it’s a bug, but it works better.

I use this for making the little girl passable in Till We Have Faces. 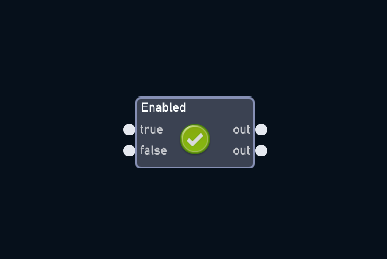 It works! It doesn’t really destroy it, and these blocks don’t need to be solid in the first place. Thank you! While we’re here, though, could you play-test my game and rate it @DarkStar_Studios @ManiacPumpkin @meburningslime ? THX!

You really don’t want me to rate it yet, @hihilogic. Trust me when I say work on it some more.

4 Stars because there is a problem with respawning