Soooo I wasn’t able to finish everything I wanted to make it a “complete” game, but hopefully this is good enough to count as a complete demo.

It may be buggy, the sounds might glitch out, it might not work properly on slower devices, and you might have to reload if you play too long and start experiencing lag… I fixed as much as I could in the time I had. 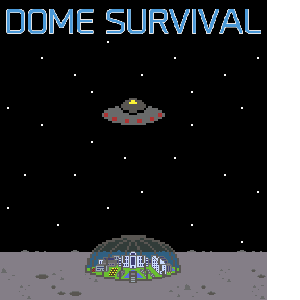 Sorry for all caps, but aliens do like to scream. Especially when you’re vaporizing them with friggin laser beams.

Hey, I liked the game!

The idea was unique and the art and sound effects were cool.

@TGW Hey, I liked this a lot! It’s a little confusing at first but then you get into it, I haven’t seen anything like this personally. Great stuff!

This is the only game that I thought deserved five stars in every category. It kept me playing for a while. I completed the entire demo and had the fight of my life (for this game at least) in Survival Mode and died with a significantly high score. Great work again TGW!

The demo was originally supposed to be 5 campaign levels with a boss fight at the end, but I ran out of time…

It was also supposed to have at least 10 different alien species in it… I’ll add more to it after the jam, since it doesn’t appear I’m going to win anyway.

Pog that you will add more to this awesome game.

since it doesn’t appear I’m going to win anyway.

But don’t give up just yet! Only give up politely after you have actually lost.

I didn’t realize judging ended today. I had to take yesterday off after scrambling most of the weekend to finish my game, now I only have a few hours left to play and rate another 20+ games… and I’d have to play them all to give accurate ratings, to decide what deserves a 5 vs. what deserves a 1… so far I’ve only given 5s for theme because everyone seems to have used tap and at least one of the other things, as far as I can tell.