You could make it teleport the player to a different area that has the bridge which is then more visible. I can’t really tell from your message of what your really trying to imply, maybe send a screenshot game-link or just explain it more clearly.
My dumb brain can’t process this, lol.

So you are wanting the character to go under the bridge when he’s below it, and then the character to overlap the bridge when he’s above it. Yeah, I had the same issue when I was making walls for my game. I used the same wall, but I wanted my character to walk halfway up the wall so it looks more 3-D, well enough of my game.
Not entirely sure how to do something like this unless you have a command block that keeps tract of wether or not the player is on the bridge and spawn two different bridges with separate layers all depending on the players location. Not entirely sure if there’s an easier way to do that.

I would only recommend this if there are only a few bridges in the game. Well just not a hugely amount. Mainly cause this solution may cause lag.

The video you posted. He exlpains how he did it. It’s the same logic in flowlab.

could I get an eample @PixelPizza I still dont understand

It’s with the Layer orders in every object, take a look at this example: 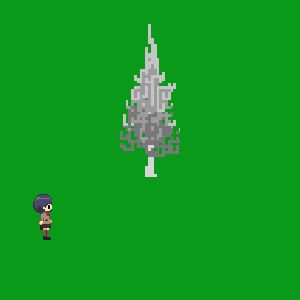 WASD The player's head can be in front of the Tree Stump, but also behind the Tree Branches

For double layering (like over and under a bridge), try making 2 versions of the player that are stack on top of each other. Then just change which layer is visible by using alpha.