Looking for feedback for my skiing game 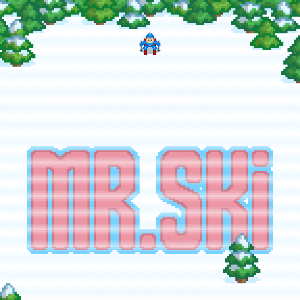 ---------- STILL A WORK IN PROGRESS ---------- This game is intended to be a mobile app for a smartphone. It does work on a computer but might have a few bugs Feedback is welcome! skejlgames@gmail.com or https://skejl.itch.io/mr-ski...

I’d like to release this at some point as an android app. Any feedback, advice, suggestions or constructive criticism would be very much appreciated. Thank you in advance!

The game is pretty good actually. I would recommend keeping your pixels consistent(the same size) on every sprite you make. Also when I go left or right I get a drastic amount of speed then just doing straight down.

Thanks. Are you playing on a computer or mobile? The left/right movement is a bit too fast with a mouse, but it’s nice and smooth (i think anyway) on a phone.

Good point as well about the sprites

This is really cool! Keep up the good work!

The game is surprisingly good. A very simple yet fun game.

Although it doesn’t have much replay ability. I know you strive each time to increase your high score, but some players might find that a grind.

I would recommend adding something to increase playability such as different areas, upgrades, skins maybe. Or maybe add a feature that current mobile games don’t have.

The art style is great, the only downside is that the screen don’t fit on a computer real well, but I’m sure it works great on mobile devices. If you have indie, maybe a full screen feature to fit any size screen.

actually, you no longer need indie to use the fullscreen behavior

Thanks! To be honest this is my first attempt at making a finished pubishable game, so I intentionally kept it very simple. If I ever get round to making a sequel then yeah there would be objectives, powerups, upgrades, missions, skins, all that good stuff. I agree that the screen size is awkward, but like you said it’s designed to fit on a phone. I’ll try out the full screen feature - thanks for the suggestion!