Made a Sequel Game

If yall wanna play it you can, I just need feedback and stuff. 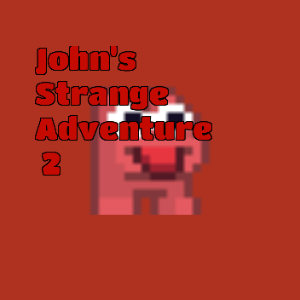 The Sequel to John's Strange Adventure! Oh no, a strange force is taking over the world! John's brother, Red John (very creative I know) was out for a walk and suddenly the world was being taken over! Red John has to find The Core and destroy The...

It’s meant to be some sort of rage game so it’s a bit hard.
Don’t bother playing the first game it’s boring

How do you read the sign in the first level?

I like the game! Also, are there really FIVE endings!!! I have no idea how to get any besides ending 1/5. Also, I kinda wish the music wouldn’t restart every time I die. That gets really annoying really fast when you are terrible at games (like me). Besides that, I don’t really have any complaints

actually theres nine endings. the other 4 endings are hidden

As much as I would love to play the game and get all the endings without help, I think a walkthrough would be quite helpful, lol. Or maybe some form of hint system or something? Idk. Still a fun game though!

Woah! How long have you been working on this game?

I don’t remember clearly, but I think it took around 2 months or so to make.

Oof I don’t really have that kind of patience, lol. What was the hardest part of making the game?

The hardest part would probably be trying to keep up with all of my friends messing with it, because I decided to add my friends to a team and they just went ham with adding stuff haha

For 2 months, this is very impressive. Even my best game took 3 months.

Hahaha, gotcha. Currently the part of making games that I find hardest is trying to figure out how to design the level and finding ways to do it without being repetitive and boring

Yeah I had a bit trouble deciding on which designs to use for each level.

Yeah, I spent like a month working on my “best” game (Pong) and it isn’t even all that great. But, to be fair, it was also sorta my first game

Yeah, between level design and pixel art, that’s pretty much where I’m stuck with my flowjam game rn. I had such great plans, but I got sidetracked by smaller things and now I don’t even have my game 50% completed

Hi, this is an absolute demand that must be followed. Add. A. Death. Count.