feel free to edit, I made a run animation but you can’t download animations anymore. 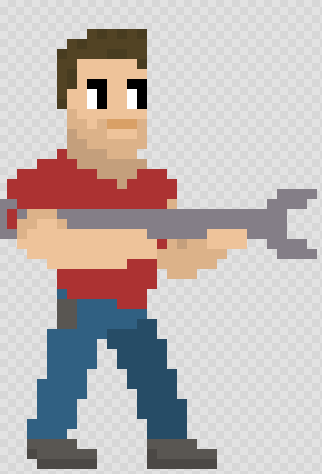 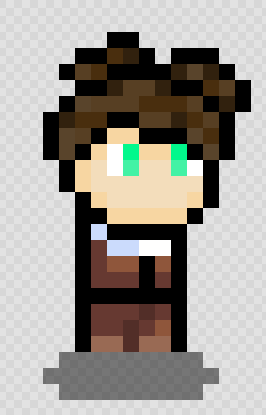 Innocent-Role: Try to avoid players and try to survive.
Murderer-Role: Kill all players until the timer hits zero.
Sherrif: Kill the murderer before he kills all innocents.

Stations:
Lobby: So players could rest until the next game.
Randomly selected maps: For example lab, hospital or facility.
Randomly select a murderer and sherrif.
Maybe awards.

@R0CK that’s actually a pretty good idea. I was thinking of some sort of PvP game, but that seems like a better idea.

@ManiacPumpkin, The idea was a concept from gmod murder and murder mystery in Roblox, lol.

It’s a little small since I just downloaded it from my game, but I would recommend using this as a template for your character design, unless someone can create their own template that looks better. Since I’m awful at pixel art, most of my creations are blocky and are on the 16x16 pixels, but when you design your character and don’t have enough room for a face then you can go to 32x32 for the face and other details like a custom shirt or whatever.

You can also add a hat on it if you want. Just design and color the template as much as you want, I would recommend you base it off of your Flowlab Icon or a character from your most famous game. Just something that resembles YOU.

If you want to stick with the character that you already submitted, then I can try to reformat it into the game or into the template. This is much more easier for me cause I don’t have too much time on my hands and I figured that we could share the load, mainly just design one character, to get the game done faster or to just get it into a playable state.

Ok, I’ll change mine to the template

@buy3get5free yeah, that’s perfect. That saves me a lot of time and the character also has more meaning to you as well.

woah that’s really nice, so are we amking minecraft versions of ourselves now?
that looks cool

@potatopants, it’s not really minecraft, just a more blocky looking character to go with the theme. But I can see where you get that. If you want, you could take the template and edit it to match your character. Like I said earlier, if I’m able to accomplish this then I need all the help I can get.

cool, thanks for clarifying, I’ll try to make a sprite later i have classes right now but thanks see ya and goodluck with it, hope u don’t get buried in schoolwork as much as I do

Hi again @ManiacPumpkin I think I’ve got the idea now and finally created a sprite that i king of like, sorry if it’s not in theme though, If it’s not i could make another one but here’s a shot of my sprite 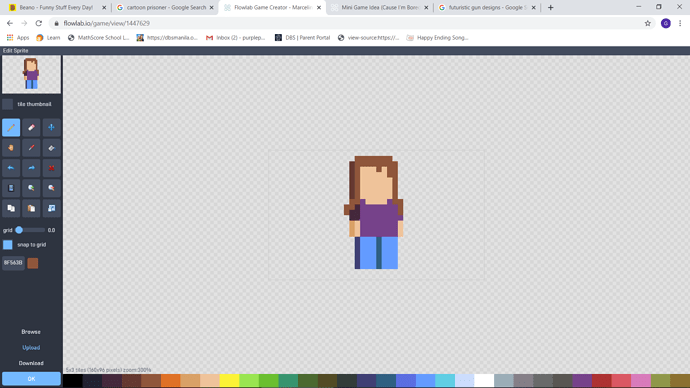 Hope it works thanks for readin and goodluck w ur game

@potatopants it’s okay, I can reconfigure that easily with the template but um, do you have a request for a face or… I’m not entirely sure it you want a design on your shirt, facial features, or stuff like that.

Okie I’ll add I forgot kind of… Thanks

This is all I really wanna add, I don’t really know how to put a face on this so I guess this’ll have to do? I’m ok with it now thanks again @ManiacPumpkin 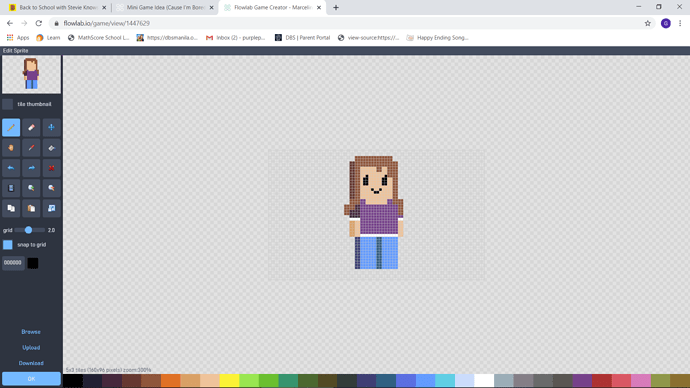 Hooe ur game does well

Yeah! That should de just fine. Like I said earlier, there might be a small chance they game might never reach production so don’t get too attached to the idea. I’ll try my best to get the game in a playable state, but I’ve had so much work i’ve been doing so time isn’t very plentiful anymore.

@ManiacPumpkin maybe you could make your game a team collaboration, also would it be ok if I edited my sprite if you don’t want me to that’s 100% fine