Hello,
Currently I am working on an Mmo. However, as with past experiences, desynchronization has been an issue for a while on flowlab. If one player loads in before the next, even with shared blocks, their positions can often be in radically different states. Any help with this? @grazer

It would depend on the type of game. MMORPG?

PvP? Or something else?

A level based pve. I have never been able to get moving objects or animations to sync unless everyone joins at the same time

I don’t think there is a way to fix this. I’ve done a bunch of testing back when I tried to make my old basketball game multiplayer, and no matter what the positions would be drastically off.

@grazer could we get a sync option? Is this intentional?

I have absolutely zero experience on multiplayer…

Objects set to “shared” are supposed to keep their position in sync, same with “Player” set objects. If this isn’t happening, then the multiplayer isn’t working as intended.

@JR01 what I have noticed is that shared blocks tend to stay shared after every player joins, but before that, there is no refresh to tell the client that there is a difference in state when they join.

I think @DraftyScienceCoat75 made an well-synced mmo game, you can consult them.

Tbh I don’t remember exactly how I did it, but I got it to (mostly) work well, however there is a short time needed for things to sync up after a player joins. There are a lot of issues with this game too, but you can check out the code if you want 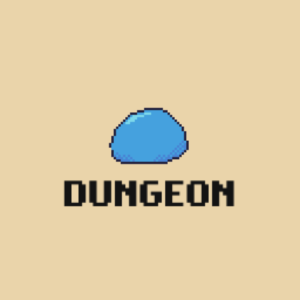 That game is honestly really impressive. It’s extremely hard to sync stuff up like a character select and keep it not very laggy (especially with flowlab multiplayer currently)

I’ve noticed two game-breaking coding issues with multiplayer.
The first is that even though everyone has a player object, the same save data will load for every client. For example, I have a save showing that you are an elf. If you pick elf, then every player object looks like an elf to you, even if other players are not elves.

Second, shared objects simply obliterate themselves if spawned in when there is no multiplayer. I’m extremely confused by this one.

How did you get the players to show correctly? I assume it’s the global block…?

I’ve never used the player check object, and now I see how to make your player sync. However, how did you make other players sync? For example, the centipede shows as a centipede even to players who play as a slime.