My New Game: To the North

This is a game that I came up with because I wanted to create a game with story. Most of my other games are more action and not actually story. This game is like a memorial to the first game that I made on Flowlab.io. The game is about a picket sign (you) and you have to save your friends from the Mineral Army. The characters are kind of weird, but I wasn’t going for a realistic story based game.

Controls: Arrow keys to walk and jump. Z is for throwing arrows at enemies. (Coming Soon) X is for shield which can block an enemy for a short time.

I just hope someone could give me feedback on my game and if anyone has any ideas that I could add into the game later then let me know because the game is only a demo and I was wondering is anyone would like the style of this new game.

I’m not doing any reviews today @ManiacPumpkin , but I’ll try getting to it as soon as possible! Just submit it to Bored Reviews:

The Championship has begun again, so good luck, and have a great day!

Okay, I put the link into Bored Reviews.

You can also try Magma Manifesto (i don’t have link, but it’s easy to find in reviews section)

Okay, I want all of the feedback I can get.

@ManiacPumpkin hey, your game is really great! some things are awesome, but others can be improved.

-i loved how the opening comes out! it works very nicely.
-story is pretty great, too!
-dont forget to layer objects correctly. for example, my head went behind a cloud when i jumped behind it.
-also, add parallax to your backgrounds! setting objects to the background layer and toning down (or up) the parallax goes a long way.
-lastly, make your art more detailed! atm its pretty basic, and adding simple shades helps more than you think.

overall its a pretty neat and polished game for its phase in development! keep it up!

I added a lot more to the game, I’ve added new textures to most of the blocks for a lot of people said that some of the sprites didn’t fit like others. I had a comment on adding a Logo (which I did). I tried to fix all of the bugs, but sticking to a wall seems to be an issue. If anyone wants to check out my game or give a re-review then I’ll be glad.

I think the new textures look great @ManiacPumpkin ! I suggest some things, though:

I wish you luck! This game is going to be something great, I can feel it (most of your games are)! Have a great day!

Well, I was going to add a store later on in the game. The character is in need of a new texture so the shading on it will soon come.

Oh, I played this! Loved it a lot! Great game! Was sad when demo finished, please continue!

Yeah Maniac Is My Brother

I haven’t even touched that game in awhile. I might have to give it a huge update. 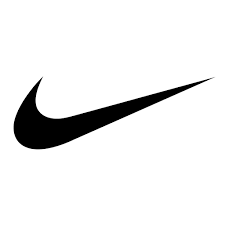