My sound effects keep repeating themselves, and they aren't on loop 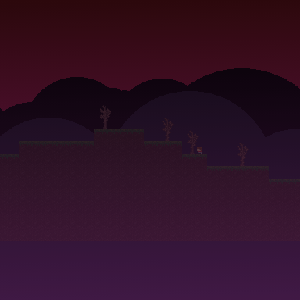 so basically your first order of business in the game is too collect all three of this creature’s eyes scattered accross the first level, but after picking up an eyeball (the glowing things on the ground) the sound effect keeps on repeating itself every few seconds for no apparent reason. i had this trouble in DoM as well.

Currently struggling with the exact same problem on the game I’m working on. Can’t replicate the error every time but it happens randomly and requires a full page refresh to kill the loop (sound continues even after entering edit mode).

Would love to know if anyone has ways to prevent this or if it had to do with the ways sound files load.

@grazer - couple of folks seem to have the same issue:)

Yeah I have a similar issue where my sound won’t replay even though it is on loop. So its kind of the opposite of what your all experiencing, not sure if anyone else had this issue, but I figured that I would mention it.

Ah yes, I’ve experienced this sort of thing before. The sound sometimes looped over and over again, even when I was in the editor. I honestly didn’t get bothered too much by the bug, but I would still like to see a fix for it, because it can interfere with gameplay sometimes, especially when the game requires hearing and sound to work properly.

that happened to me in a game that i was making before.

This happened to me a long time ago (when I was making the og DoM lol), but I haven’t experienced it since.

i seem to have found a bit of a fix. it might not work for everyone, but i made a timer set to 10, that starts when the sound effect starts. when the timer finishes, it goes into the “stop” input on the sound block. seems to be working so far. we definitely need to tell grazer still though.