my brrand new game! i present to you: 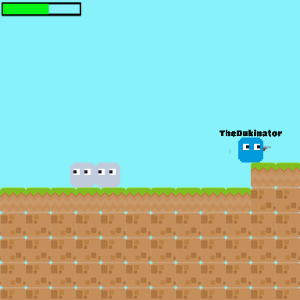 fight your enemy, the red manz, and beat him to win! (please try to avoid killing the civilians, the grey manz)

when the bad UI

yay people like my thing how is the ui bad @hihilogic ?

well, the text doesn’t actually follow the player, and the deadeye follows the mouse on game coordinates instead of screen coordinates

the deadeye wasnt working with the screen coords

Right, because the deadeye isn’t in the UI layer

well it works anyways so…

But it isn’t all that smooth movement so…