Then that is too much. I’ll look into that and see if I can fix it.

It’s what it is: a Secret Story. I won’t give too many details about it because of its secrecy, but I can say that it can be accessed by right-clicking a certain thing on the Game Select Screen. It’s hinted at during your first playthrough of Pixel Sports.

I Have Awoken The Demon In The Vault…

I see you’ve found it now…

Yeah, probably not, but this game is inspired by Geometry Dash, so that happened to come along with it.

lel, i play geometry dash. but how come i dont get any chests? (im lvl 14) 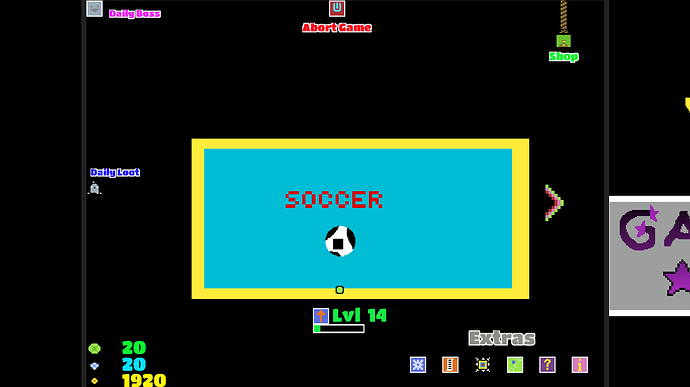 So earlier today, I mentioned in the survey post that I would announce an upcoming game after Monster Maze’s completion and after Beta 1.7.0 comes out. I’ve even given out its name if you look at my profile description. But I’ve decided that it would be better if the announcement comes maybe December 18th, 2020. It is going to be an ambitious project that I will work on heavily, though sadly might not come out until 2022, depending on how the progress goes.

Stick around if you ever want to hear this announcement. It will be announced both here and as a separate discussion.

"I’m sure you’ve heard the various stories and legends.
Many have a common theme: Light and Darkness,
Good versus Evil, and Balance versus Chaos.
Over and over again, the Darkness is repelled, and the Light shines brighter.
It never seems to end.
We all assume that those in the Light are good,
while those stepping into the Darkness are a lost cause…

But what if that was not entirely true?
What if there was a hero within the Darkness?
He is the spirit fueled by darkness, yet he serves to protect those who cannot protect themselves.
He is trapped among the evil, yet he always does the right thing.
He was born into a world of chaos, yet he always wants to maintain balance.
He has learned to embrace the darkness, and now he wants to join the light.
Dare to join him? I won’t laugh if you do…

He already has followers, and they too strive for peace amidst the darkness."

As you may have already seen, all through-out the month of December, the world of Pixel Sports will have a winter theme! 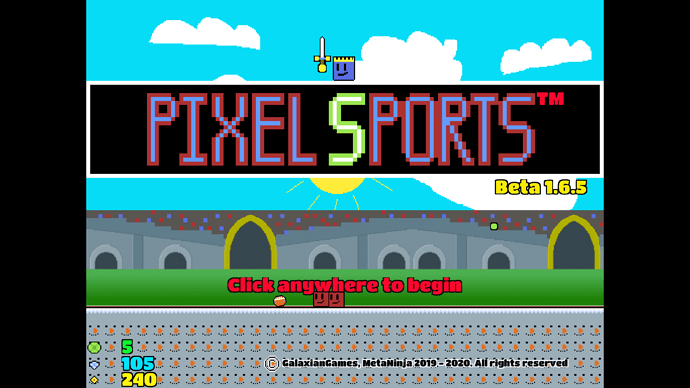 WinterTheme1920×1080 215 KB
This is an annual occurrence, so you only get to see this once a year. Happy Holidays!

Embrace the Darkness and join the Light. Dark Ninja is an adventure, side-scrolling game where the player gets to control the Dark Ninja and his fellow heroes as they fight to defend the world from the Monsters of Mayhem and their leader, the Prince of Pain. This is probably going to be the most ambitious game that I am working on thus far! This game has a big storyline, and will contain various missions, enemies, bosses, upgrades, and more. Watch this discussion to see all the news on Dark Ninj…

That’s all for now! Come back this Christmas for more devlogs.

'Tis the season to be jolly! Today is Christmas Eve, meaning that tomorrow is Christmas Day, a day to spread joy and love to your friends and family. Too bad we are all stuck inside though…
I just want to share this comment to tell you all thank you for all the support and kindness you have shown this year, and I hope you have a happy and healthy Christmas this year! 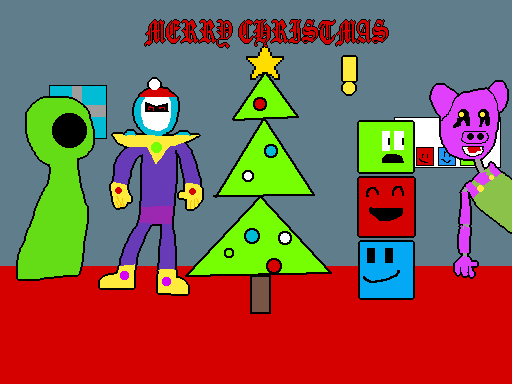 Have a merry Christmas! Really enjoy your games:)

Merry Christmas to you too @MetaNinja!

Have a merry cristmas galaxian!

Have a merry christmas @MetaNinja i hope you get what you wanted! i don’t think ill get what i want but its the thought that counts!

GASP
I was mentioned, i feel happy

It has been 23 days since the last Devlog. Well, technically 29 if you don’t count the Christmas shout-outs.

Devlog 1/16/2021
First Devlog of the year! And, uh oh, looks like there is a big problem. The arrow buttons on the game select screen don’t work! How did I not see this before? But don’t worry, it will be fixed momentarily.

Perfect, three minutes later, and I fixed the problem. I hope this wasn’t going on for too long…
Anyways, today the Devlog will be about one of the characters. If you remember from a very long time ago, I mentioned how all of the characters in the game represent a real life person (or group of people) during the development of Pixel Sports. One of those characters, Boris, represents my friends as they were fascinated with the game and encouraged me to continue making it. Although, inside of the game, not that much about Boris was revealed.

So a bit more about Boris: who is he? Boris is a lime green cube, and one of the first cubes to exist in the Pixel Sports Universe. He has been alive since before the Master created the Universe. Back then, life was miserable for the cubes, and Boris bitterly hated his time in the abyss. But when the Universe was finally created, Boris would spend the rest of his life selling outfits to the cubes, giving them tips on how to play, and teaching people how to eat 100 hotdogs in under 60 seconds. Eventually, the Master grew tired of the constant disrespect he received from his people. He became disappointed in the Universe he created and shut himself out. He threatened to destroy the Universe if things didn’t change.
For a long time, Boris had opposed the disrespect, but also felt that the Master’s actions were a bit too extreme. So that is where you come in. If you can find the Secret Story, you can head into the Master’s Lair and confront the angry deity.
You might have noticed that Boris’ name is a bit similar to another game that is not-so happy game. One that was a FNAF game, and one that @theglitch055 is currently remaking: Porky’s Nightmare. B-O-R-I-S is a secret character that only appears when Porky enters your room. So, what gives? B-O-R-I-S was originally going to be a character called “Boris the Boar”, but the idea was scrapped in favor of Porky the Pig. Now, the name “Boris” was given to a friendly character. Your friendly neighborhood Boris the Green Cube.
Oh right, Boris has a sister, too! She owns a shop as well, and she will appear in a future Beta update. Come to think of it, I haven’t worked on Pixel Sports ever since I realized that the arrows didn’t work. Well then, guess I should continue with Beta 1.7 then, huh?

That’s all for now! Come back next Friday (I hope) for more Devlogs. And check out the new revelation I posted yesterday on the Dark Ninja Game Design topic. There will be another one today.