Thanks to a lot of help and not so much hard work i was able to make my first game in flowlab. But i’m still working on it because there are some bugs and i want to add new feature were you can steal the ball from the other player. And you probably already know what the game is about. Now i’m here to say plzz play my game :’)) 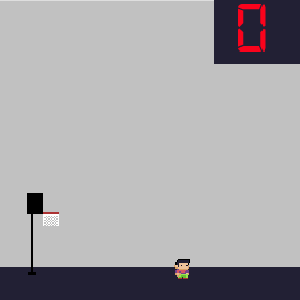 You can make a basketball hoop that size without making separate parts, just go to the edit sprite mode and click on the very bottom right icon, it looks like a resize icon, because it is. You can change the size of the sprite there or you can use a behavior to make the sprite bigger at the beginning of the game. Also I would recommend changing the balls friction so that it doesn’t slide around like a hockey puck all the time.

I did change the friction but it still slides on the ground.

The ground’s friction is still 0, you need to increase it.

okie, thank you so much… Again

Didn’t realize that, the player wasn’t sliding around so I just assumed that it was the ball’s friction.

Well there’s a weird thing about using velocity, if you set it to 0 it overrides all of it’s speed, movement and changes it to a velocity, it isn’t something like motors or impulses, it ignores all other physics to make sure that the change in velocity happens. If you’ve ever watched a certain scientific accelerator you know how dangerous manipulating velocity and vectors can be.