Ultimate fan night will be a mode in porkys nightmare where the animatronics are entirely comprised of your fan submissions. Feel free to make your submissions as cool or stupid as you like.
You can submit by putting an image of what it would look like as well as what it does, you also must clarify if you want it 3d modeled or not(if you don’t know what I mean by modeled I mean how fnaf 1 used rendered pngs of the animatronics to trick you into thinking the game was 3d)

So, do we just post some characters on here that would be cool in the game? 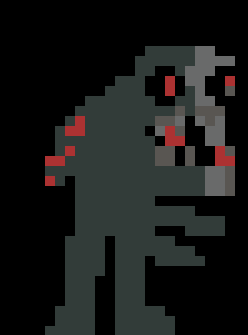 description: this animatronic that shines a yellow light at you that slowly turns red. When its red you can’t lock the door or use cameras or he will jumpscare you. When its still not red, you can quickly close the door and block the light. when you are using cameras you can’t see the light. you also can’t see him on camera. he has been junked 20 years ago because he scared kids

name: The lost one

death messages: ??? (weird clanking sound) (common), coming back was useless (normal), why are you here again (normal), this is not your first time. (normal) , are you trying? (normal) , its funny how you missed my warnings (rare)

backstory: was scraped in a room and withered 20 years. Any child who came in that room dissapeared. should be based off of a bunny but it turned out wrong.

A good name could be : The Lost one… , Or The Forgotten

Description: This Animatronic tells you who is close to you after that he says “The nightmare begins” and starts trying to attack you make sure you don’t let him see you on cams cuz then he will kill you his jumpscare: 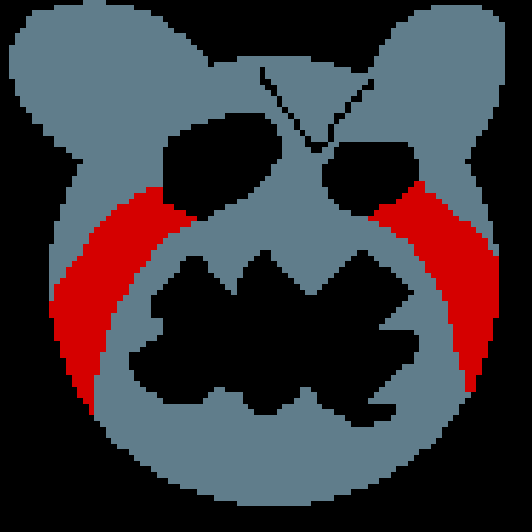 Death messages: I was on top of the hill(Common message), Man youre bad at this(common meassage, Stop it no no no( Regular message), AAAAAAAAAAAAAAAAAHHHHHHHH(Rare Message), H# D$d Th12 t0 M3(Rare message) (He did this to me)

Backstory: Was made for the lil kids untill one of them were found inside the animatronic then was put out away

EDIT: maybe he can rarley help you

I have a pretty long friggin list from a fnaf fan game I wanted to make a while back. Although I’ll have to drag out some drawings from of the characters since I mainly drew most of them at the time.
The game was called Joes Bowling Alley. (Generic, I know.)
The game featured a wide of characters which I forgot most of the names, but the main character was of course Joe. A humanoid looking animatronic. It was kinda based from the idea of Blank from Five nights at candy’s but had a much more creepier smile that was painted onto a basic mannequin head. But the face actually opened up to reveal the endoskeleton like those of Fnaf Sister Location.
It was kind of an interesting concept, I even made a few different map locations on minecraft so I had the general concept of the game, but I couldn’t really think up any lore for the game, since all fnaf games tend to have a lot of, so I kinda closed the project, but maybe you could find some use in it. All I do ask if you do give credit (pls) cause even though the project was canceled, I still wasn’t sure if I was going to bring it back or not.

Edit: Idk if I could get you 3d models of the characters, but I could have a side, top, and front view of each character so you get the gist of what they primarily look like.

Why does the jumpscare picture looks a bit cute

Is there a way to get rid of him after he gets to your door? It wouldn’t be very fair if once hes there your ducked

Sound very cool. Do you have an idea of how he would work?

Actually yes, I have all the knowledge. Although I probably won’t get to it today, maybe if I get some time later.

But that is the real reason

OH and its supposed to

he just randomly appears and shines the light. all you have to do is close and open the door. The light shines once he is coming. once its red, you can’t do anything. if you do, he jumpscares you, if you don’t, he goes away after a while. he never knows if you are in your room unless you move.

Question, do you plan on making it so you can hide under a desk?
Anyway I got some time to explain what joe does.
Anyway, he acts like your everyday animatronic, just walking around from room to room. I guess he could temporarily disable cameras and he actually has a shadow mode so sometimes he’s completely invisible except for just his two glowing eyes. And when he does manage to get near you room, you have to hide until the desk since no door is really going to stop him.
I’ll send some images of what he looks like and the mechanic structure later. Mainly this is just his behavior patterns in the game.

It you could do that, then that would change the way of how my animatronic acts. It would then be more like this: He comes into your room and flashes a yellow light whitch means he is adjusting his sight. while he is doing that, you have a chance to hide under the table. If its red, he jump scares the player.