Not sure if this was just undocumented behavior that was removed, but it doesn’t work well anymore. Instead of using extractors and going into the setting for each box to do [this x] and [this y] you could just feed 0 into a position box’s +x and +y, the object wouldn’t move but it would trigger the output of its current position. I really liked that and thought of it as a shortcut so I used it a ton, and virtually nothing works now that it’s not working. By ‘not working’ it seems to work partially but it can crash, slow down, or freeze everything for me, and sometimes just not work at all, even though its outputting the same numbers.

Example of what I mean, top being the position box method, below being the normal method I suppose: 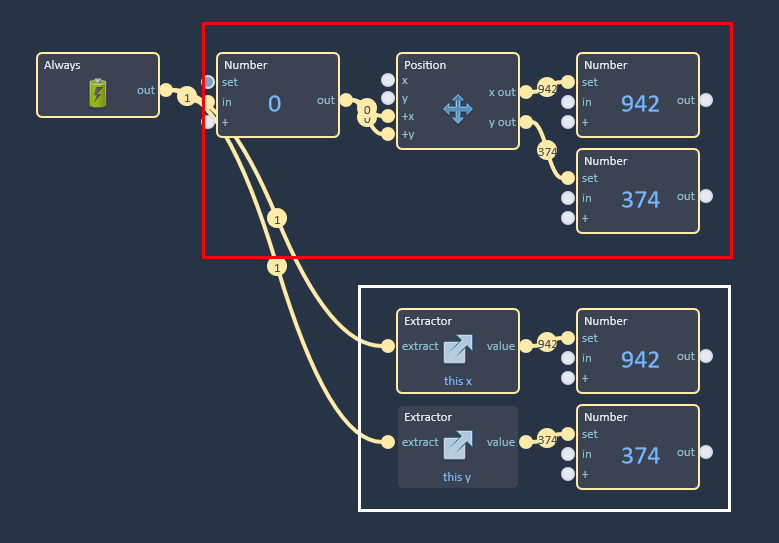 I haven’t used this shortcut before, but it makes sense and should still work. I haven’t intentionally broken it, anyway, and it seems to be working OK for me. Do you have an example game I can look at that is broken?

That’s sort of the problem, in simple cases it seems to work fine. I’ve recently been going through my old projects and for bigger stuff this was usually something that needed changed into the standard extractor x/y to get things working again. I’ll try and find specific examples of it not working sometime.