YES @DraftyScienceCoat75 im doing a rpg like you but mine is sci-fi themed!

it sounds really cool! I can’t wait to see it

character reveal
EDIT: i did not make this sprite

hmm reminds me of this game I played before called pokemon…

reminds you of pokemon lol 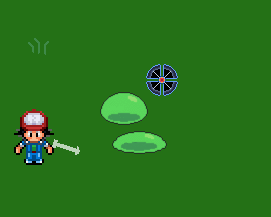